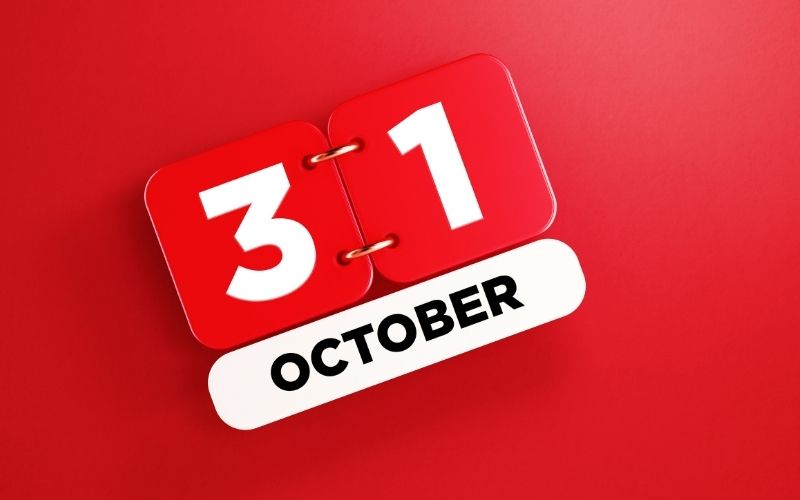 If you’re like me, then the most common place you’ve encountered Tom Clancy’s name is on the cover of very bland FPS video games. Which sucks because Tom Clancy is a bestselling author with an immense body of work set mostly during the Cold War era.

What makes Tom Clancy’s novels unique compared to more generic spy thrillers or military stories is the attention to detail Tom Clancy takes in how everything works. The soldiers behave like soldiers, doing real, soldier things, while bureaucrats do their thing and politicians do their thing and so and so forth.

This attention to detail is what made “The Hunt for Red October” one of the best submarine stories ever written and easily the best submarine movie ever made. What I was not aware of (and this is just me being a dumdum) was that The Hunt for Red October’s protagonist, Jack Ryan, is a continuing character across a number of novels- even after Tom Clancy’s death in 2013! So I had picked up “The Cardinal of the Kremlin” without realizing who had written it and that it was a sequel in a long line of novels featuring the character.

That level of ignorance is like walking into SlotoCash Casino and not realizing what amazing opportunities exist all around you.

So here’s the premise: The year is 1989 (I think). The cold war is… well, it’s still pretty cold, but both sides are tired of it and are working hard to hammer out an agreement that the other side can trust. To everyone’s immense surprise, both sides have agreed to reduce their nuclear armaments and allow each other to inspect each other’s silos and launch sites to prevent any kind of double-cross. Like all cold war politics, each side’s position is that if the other strikes, everyone loses. Mutually assured destruction.

However, the entire thing nearly goes out the window when information passed to the US by CARDINAL reveals that the Soviets are working on something called “Project Brightstar”, a laser system that can take out nuclear missiles in the air. And the Soviets are ahead of the US by a wide margin in this new arms race. Should either side complete this defensive weapon, it could tip the scales of a nuclear war and make it “winnable”.

Meanwhile, the Russian’s have their hands full with the war in Afghanistan. The Russians are slowly being pushed back off Afghan soil by desert “barbarians”- Afghan Muslims who just so happen to be armed by the CIA. One of these men is known as The Archer. And The Archer is out for Russian blood.

However, an accident during an attempt to pass more information to the US compromises CARDINAL’s position within the Kremlin. Now, it’s up to Jack Ryan and the CIA to figure out how to get the agent out before the Soviets find him and eliminate one of the United State’s most valuable assets within the Soviet Union.

Again, one of the main qualities that I enjoyed in this book was the level of detail it contains, especially about Project Brightstar and the American equivalent, Tea Clipper. Tom Clancy takes the time to go into extraordinary detail about how they work.

While I can see some readers’ eyes glazing over at details that are pretty irrelevant to the overall plot, it’s important to remember this novel in context. At the time, Star Wars defense systems, like the one described within “The Cardinal of the Kremlin,” were being seriously discussed (and mostly ridiculed) in US politics, especially during the Reagan administration.

It was fascinating to me to look back nearly forty years ago and see ideas that were ridiculed then (and still are ridiculed by political morons) that actually exist now. Israel’s Iron Dome is the perfect example of a missile defense system, and it’s used to defend against thousands of rockets launched from Gaza every year.

Heck, Israel even uses a Laser defense system too! It’s called “Lahav Or” (Or “Light Blade”) and is used to shoot down balloons carrying incendiary bombs- also launched from Gaza. An article I read even claimed it can take out drones, which is really friggin cool.

This isn’t science fiction. It’s not some political pipe dream thought up by the military-industrial complex. These weapons are real and are saving lives right now. So props to men like Tom Clancy who actually took the time to do their research and give the ideas the thought they deserved, rather than jumping on the anti-war political bandwagon for clout.

As for the rest of the novel, every other aspect is equally detailed. Tom Clancy provides an immense level of depth into various institutions, like the CIA, although it’s interesting to see how the public perception (and, admittedly, my own) differs from his time.

Perhaps one could argue that there’s slightly too much detail, and maybe it does take away from the pacing a little bit. However, personally, I didn’t find many problems with it, and this is more of a nitpick than anything else.

One of the most important parts of a story is, of course, its characters. There are a few recurring characters in this novel that are coming back from other Tom Clancy stories, although I only remember a few from “The Hunt for Red October”.

Jack Ryan, the CIA analyst, is back, although there isn’t much going on for him in terms of character development. He already has gone through his character arc, and there really isn’t more that can be done for him other than to put him through yet another adventure.

This isn’t really a bad thing, but it all depends on whether or not you like Jack. Personally, I find him “meh”. He’s not particularly interesting or charismatic, and he’s certainly no James Bond.

The rest of the characters are a mixed bag. While Tom Clancy can certainly give each of them a unique voice, some are a lot more interesting than others. Since The Cardinal of the Kremlin is a more realistic story, these mega spy operations have loads of people involved.

A lot of these characters may only appear for a scene or less, and their backstories and motivations are dumped out in a paragraph or two before their thrown out of the plot entirely. Is it effective at getting the point across? Certainly. Does it make for beloved or memorable characters? Not really.

There are also a few returning characters that do very little other than be there for the sake of fan service. The most glaring example is Captain Marko Rasmus- who you might remember as being Sean Connery’s character from “The Hunt for Red October”. He turns up halfway through the plot to join a submarine mission… and doesn’t really do much else. His roll on the sub isn’t even all that important. He just sorts of wanted to tag along.

Does this take away from the overall plot in any meaningful way? Not really. It’s more of a nitpick than anything and a mild case of unnecessary fan service.

The exception to a lot of my nitpicks with characterization is Colonel Mikhail Semyonovich Filatov- otherwise known as “Misha”. He’s a very important character, who I’d rather not get into too much. Suffice it to say, he’s a World War 2 veteran, hero of the Soviet Union, Patriot, and is vital to the plot.

He’s an incredibly sympathetic character and a clever old man too. He’s great. One of my favorite comments another character makes about him goes along the lines of, “You think death scares him? He killed Germans while on fire! He stared death in the face and pissed on it!” Suffice it to say, he’s pretty cool.

Rather unrelated to the overall plot, I pondered how this book treats Afghanistan versus how the current political climate talks about it. Afghanistan is truly an unconquerable country in many respects. The British tried it and failed.

The Russians, both in history and depicted in “The Cardinal of the Kremlin”, tried it and failed. Then the United States, for some reason, thought it was a good idea and failed, after twenty years of trying.

Defeated by enemies that the CIA trained and armed, to give the Russians their own Vietnam. Defeated by religious fanatics. A war that was justified by the atrocity that was 9/11, despite the fact that the Islamic Terrorists responsible were from Saudi Arabia and hid in Pakistan…

To bring my entire review down to a single point, basically, if you like Tom Clancy spy novels, you’ll love “The Cardinal of the Kremlin“. Yeah, I guess that one should have been kind of obvious.

On a technical level, there’s a lot to admire about these books. They’re rich with accurate detail and a pretty stark presentation of Cold War politics and conflicts. While there’s certainly a pro-America bias (and who can blame him?), there’s immense respect in how the Soviet Union is depicted.

The Soviets aren’t mustache-twirling villains. They’re people, some of them with scrupulous morals and some with good hearts. Some are good, who happened to be born on the wrong side of the world, and some are not, and just interested in looking out of for number one.

The prose isn’t the best I’ve ever read, but that’s a pretty high bar, and it’s far from being the worst either. While Tom Clancy’s “voice” is pretty tonally serious, it gets complex ideas across fairly efficiently, which is important for a story involving vast, international conspiracies and inter-factional conflicts.

If I were, to sum up, Tom Clancy’s style, it would be complex, a bit gray, but efficient. Much like the Soviet Union, in some respects, that Tom Clancy brings to life within his novels.