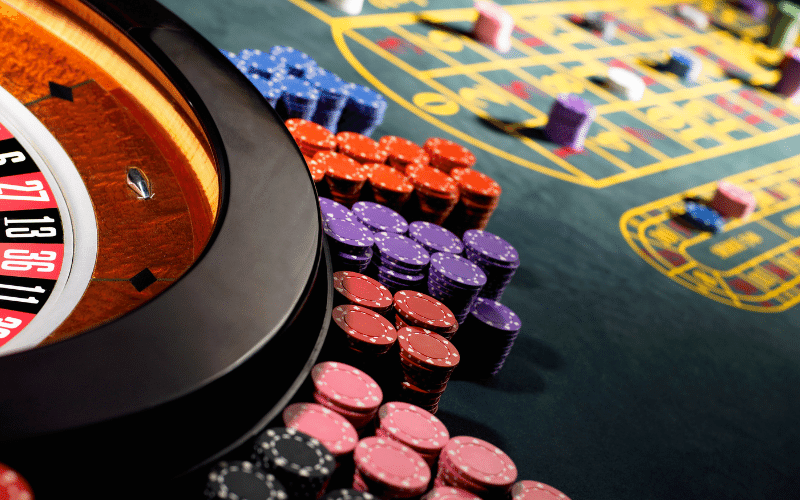 Back when politics first began to pique my interest, I had no answer to this question. Growing up with a right-wing family but living in a die-hard blue state, it was hard for me to articulate why. And that’s the most important question in life, isn’t it? Why, why, why. It’s very Socratic, I guess.

However, if there is something I have always believed in, it’s the truth. Truth matters. Not MY truth. Not YOUR truth. THE truth. An objective collection of indisputable facts that help us find order in chaos. Or acknowledge the indisputable quality of an Intertops casino bonus. A fact beyond invalidation.

I find it both fascinating and depressing to see that there are people in the world who don’t agree. I’m not writing this to say, “everyone who doesn’t agree with me is bad hurr durr”. There are people who will quite literally say and do anything to achieve their ends. I’m not talking about larger-than-life villains, like Thanos- I’m talking about real people who live and breathe and work but have zero moral compasses.

Vaush is a YouTuber, streamer, and armchair philosopher. He describes himself as a democratic socialist. He also is a terrible person who has openly admitted that he will say and do anything to “win”. From his own mouth, “You call it selling out your principles, I call it f*cking winning. And that’s my principle. To win as a socialist, not to lose, as a socialist. That’s not my principle- I don’t give a F*CK about principled failure. Principled failure is worth dogsh*t.”

I don’t mean to demonize all socialists by comparing them to Vaush. I think I can argue against socialism itself on its own. I’m merely pointing out that, for whatever reason, a certain half of the political aisle tends to attract some of the most reprehensible of people- people who seem to have nothing better to do with their lives than make life worse for the rest of us. Concepts like honor and pride are merely words- weaknesses that can be exploited in “the enemy”.

But enough about Vaush and BreadTube. Let’s get into the meat of things.

The Meat of Socialism

Let’s start by defining terms so that we’re all on the same page. First off, what is socialism? Well, according to Google, socialism is “a political and economic theory of social organization which advocates that the means of production, distribution, and exchange should be owned or regulated by the community as a whole.”

Its roots can be traced back to the writings of Karl Marx and his Communist Manifesto. Communism, as defined by Google, is “a political theory derived from Karl Marx, advocating class war and leading to a society in which all property is publicly owned, and each person works and is paid according to their abilities and needs”.

What is the difference between the two? Well… not much. Communism is an ideology where the state controls everything and distributes resources on its own judgment. I should also clarify that there are important differences between Marxism, Lenin-Trotsky-Marxism, and Stalinism- but all of these are variants of Communism.

Communism seems to work great on paper- until you think about it for five minutes. Sure, it sounds nice if the government provides everyone with everything, but to do so requires the government to control every aspect of your life. You cannot forge a government that will ever be 100% benevolent. It is a body made up of humans and thus is prone to human fallible. Power corrupts, and absolute power corrupts absolutely. Do you know what other forms of government had such control over people’s lives? Monarchies. Empires. Dictatorships. Fascists.

Heck, there’s even a biblical story where Joseph, under the Pharoh’s authority, reorganizes the Egyptian people as part of his work to make Egypt prosper. And yeah, it worked, but most people in government don’t have dreams directly from God to guide them. Could you imagine if a modern government told you to move across town for no apparent reason?

Under Communism, the government can (and often does) tell you to do that, or else you go straight to the Gulag.

Communism also fails to account for human nature. Us monkeys like taking the path of least resistance. We want the maximum amount of food and leisure for the least amount of work. It’s why we’ll pay to have food delivered to our doorstep, even though it’s infinitely cheaper and healthier to go to the grocery store, buy the ingredients, and prepare the food ourselves. Communism is an ideology that disincentivizes ambition and success. No matter how hard you work, you will get the same and those who don’t. Who will strive for greatness* if all that’s waiting for you is a clap on the back, if even? Why bother when you can just get the same potato as everyone else without the effort?

Unless you’re a party leader, of course, because absolute power corrupts.

*Why is greatness worth striving for? To fill our egos? That’s partially it, admittedly. The ego is part of the human psyche. However, I truly believe most modern problems are going to be solved by the invention of new technologies and ideas, rather than banning or destroying old ones. It’s a lot harder to create than destroy, but the former is far more important. Global warming? Nuclear technology. Car accidents? Self-driving cars. Too much cow farts? Lab-grown meats.

Socialism isn’t all that different from Communism. Oh yes, nowadays it’s democratic socialism, which merely means that you get to VOTE for Dear Leader! Sometimes! At the end of the day, socialism is about centralizing power. Property, wealth, and resources all get nationalized. Businesses are abolished. The government controls everything. It’s Communism under a nicer name, desired by those who want for nothing and lack any semblance of personal responsibility. Or, as Vladamir Lenin put it, “The goal of socialism is communism.”

There’s an article from Salon titled, “Republicans claim to fear left-wing authoritarianism — but there’s no such thing”. The article reads like it was written by a teenager, and almost verbatim boils down to “Left-wing good, right-wing bad.” It also tries to claim that Left-Wing Authoritarianism isn’t a thing and that the Soviet’s communist movement was hijacked by Joseph Stalin- a “right-wing” dictator.

Let’s put aside the profound ignorance of the author for a moment. Communism and socialism, at their core, are about centralizing power and resources. The fact is, it’s almost inevitable that a body or person entitled to such power is going to abuse it. This article, which I fear represents the opinions of more people than I dare imagine, is also blatantly ignorant of right-wing philosophy.

Let’s do a rundown of some of the largest “issues” facing society, and compare the left and rights positions on each of them. I’m not talking about Democrats and Republican parties, who, with some notable exceptions, are full of establishment cronies. I’m talking about the actual philosophies that either party supposedly represents.

The left-wing position is that there are certain words and phrases that are hateful and should be banned from public discourse entirely. AKA: Censorship.

The right-wing position is that all words and phrases are fair game and that the government should not be deciding who is allowed to say what. AKA: Freedom.

The left-wing position is that nobody needs that much money, and therefore that money should be taxed by the government and put into welfare and social services. I.e., No matter how honest of a businessman you are, the government should take your money away to whatever it wants with it.

The right-wing position is that simply having money is not a crime, and less taxation allows the rich to spend more of THEIR money, letting it trickle back into the greater economy. In other words, you get to decide what happens to your hard-earned cash.

Left: Everyone should be forcibly locked down, wear masks, and be mandated to get the vaccine. Anyone who isn’t vaccinated shouldn’t be allowed to participate in public society.

Right: The government has no right to lock people in their own homes and forcibly shut down their livelihoods. Anyone who wishes to get the vaccine can do so, but it’s their choice, and on their own head be it.

Left: Everyone must drive electric vehicles, eat vegan, and reduce their carbon footprint. Also, coal power must be banned everywhere in the world to be replaced with solar and wind power. The airline industry should be nationalized and then dismantled. All this should be encouraged by Carbon taxes.

Right: China and India are far worse polluters than the West, by a wide margin. Pollution is bad, but banning coal, airlines, and cow farts isn’t going to solve anything. Neither is taxing people out the wazoo for breathing.

Do you see the pattern? Left-wing after left-wing position is about giving the government more and more power over your life. Removing freedom and choice from the equation. Deciding what’s best for you without your input. Otherwise, you might dare to make the “wrong” choice. Heck, I could even argue that Leftism then, by centralizing so much power, is authoritarianism under a friendly name and plastered with rainbow emojis.

If you don’t believe my take on these leftist positions, since I admittedly have a right-wing bias, then read about it yourselves. Read AOCs Green New Deal. Read Bernie Sanders campaign platforms. Read the Green Party’s manifesto.

Oh, to go off on a tangent for a moment, have you ever noticed how so many Socialists are amazing capitalists? Bernie Sanders is a millionaire with multiple houses. Breadtubers like Vaush, Hasan Piker, and, Neekolul (all Bernie bros) grew up in Beverly Hills or own multimillion-dollar homes.

The bottom line is that it all comes down to personal responsibility. I’d rather live in a society that gives me the freedom to make mistakes, to make the wrong decision- a society where anyone can succeed by putting the work in, rather than one where I can live in blissful, irresponsible hedonism, at the expense of everything I love to do, everything I think I can achieve, and every decision I could get wrong. Freedom is the ability to say no, even if you get called an assh*le for it.

“The fallacy is to believe that under a dictatorial government, you can be free inside.”