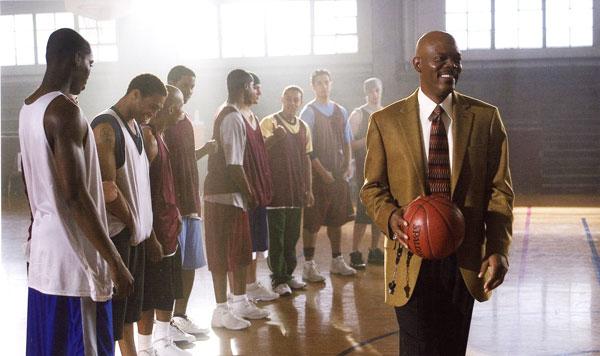 The NBA might be one of the most watched sports leagues in the world, but the sport of basketball has made it well beyond television screens.

It’s a sport that has been featured on the big screen numerous times; here we look at the best basketball movies of all time.

It would be an almighty lie to say that BASEketball is widely appreciated as a good film; it does, however, have a cult following who love it. The film focuses on two wasters – played by Matt Stone and Trey Parker – who have an enormous love for sport, particularly basketball.

The trouble they face is that they’re rubbish at every element apart from shooting; they can sink shots like Steph Curry, who is one of the best three point shooters in the NBA.

Rather than take the journey of training and hard work, they create a game combining basketball and baseball. The rest of the film is full of stupid humour but fans of South Park, in particular, will appreciate it.

Number 4. He Got Game

When you’ve got Denzel Washington as your protagonist it is rare that a film fails to deliver; He Got Game is another that doesn’t disappoint. The storyline sees Washington – Jake Shuttlesworth – sentenced to prison time for what was an accidental killing of his wife; the twist comes as the State Governor offers Shuttleworth a deal to cut time off his sentence.

His NBA draft ready son needs to sign for the Governor’s college team. With just one week of parole to convince his son and a double crossing Governor to handle, it isn’t as straightforward as you might think.

In the middle of our pecking order is another comedy, White Men Can’t Jump. The hit film starring Woody Harrelson and Wesley Snipes combines drama, comedy, romance and street basketball as Harrelson aka Billy Hoyle hustles his way through life; this is done by letting other players assume he has significant shortcomings on the court due to his ethnicity.

When his true colours show it turns out he’s quite a baller. Eventually, a previous ‘hustlee’ – Snipes aka Sidney Deane – form an unlikely partnership to take their money making game to the next level. It’s not always plain sailing though.

We don’t know your thoughts on it but we think there is something extra special about a film based on real life events. Coach Carter is exactly that and it is a top movie. It dramatises the journey of the Richmond High School basketball team under the tutelage of Ken Carter.

Carter, played by Samuel L. Jackson, places education above sport. It is a controversial approach with several questionable contracts put in front of players but what it leads to is a team spirit, togetherness and several ‘no-hopers’ turning their lives into a world of opportunity.

We refuse to have it any other way. Space Jam deserves to top the list of the best basketball movies of all time. You’ve got two of the biggest names about in the shape of basketballing GOAT, Michael Jordan, and cartoon legend Bugs Bunny that combine together with a simple but well-crafted storyline that appeals to every member of your family.

The storyline sees Bugs’ cartoon folk take on the ‘evil’ monsters’ roster; the monsters play like a bunch of pros after they sucked the talent out of some real life NBA stars leaving the cartoon crew up against it. Can MJ help them win the all important game?

There you have it, the best basketball movies of all time. If you want to find a more extended list check out this one from TwinSpires Edge: https://edge.twinspires.com/nba/top-10-basketball-movies-every-nba-fan-should-watch/