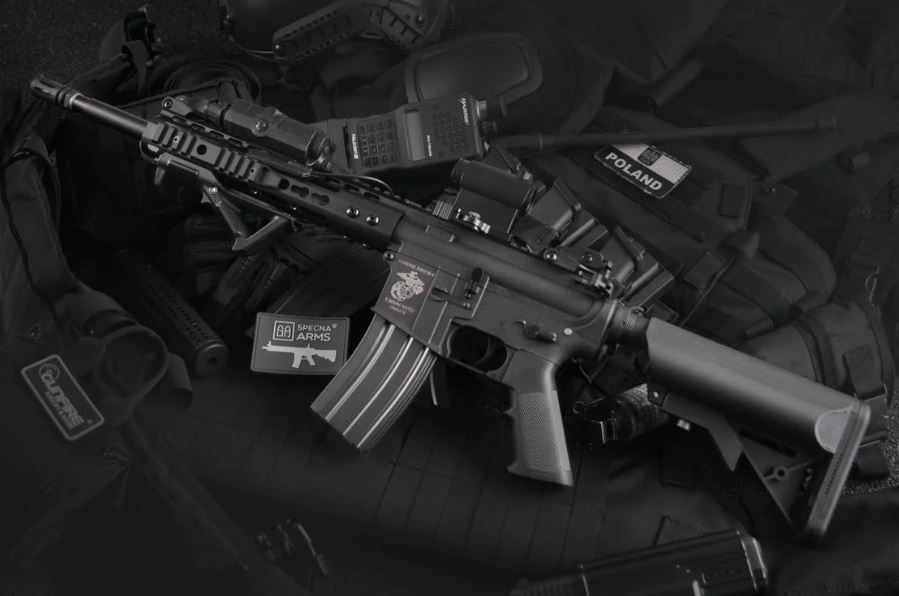 Ukraine has had a complicated relationship with guns for a long time. Throughout its post-Soviet history, it has been the only country in Europe without legislation governing civilian gun ownership. More than a dozen bills have been proposed, but none have been approved by the legislature. Instead, gun ownership in Ukraine is governed by ordinances overseen by the interior ministry.

Much of the fighting in the early days of the conflict was carried out by members of hastily assembled volunteer battalions, as the Ukrainian military was in disarray following the Maidan Revolution and Russia’s annexation of Crimea. Those battalions had an ambiguous legal status and were not always well-equipped; their weapons and supplies were obtained through donations, private supplies, and the black market. The country records a hundred of years history of political unrest and oppression which impacted its governance and regulations as a matter of fact how Ukraine celebrates independence depicts so much of the people’s undying efforts for freedom which they afforded on August 24th of 1991.

The recent Russo-Ukrainian War includes some pro-Russian separatist forces causes so much unrest and disparity in the country. It began in February 2014, following the Ukrainian Dignity Revolution, and initially focused on the status of Crimea and the Donbas, both of which are internationally recognized as part of Ukraine. The first eight years of the conflict were marked by the Russian annexation of Crimea (2014) and the war in Donbas (2014–present) between Ukraine and Russian-backed separatists, as well as naval incidents, cyberwarfare, and political tensions. Following a military buildup along the Russia–Ukraine border that began in late 2021, Russia launched a full-scale invasion of Ukraine on February 24, 2022. 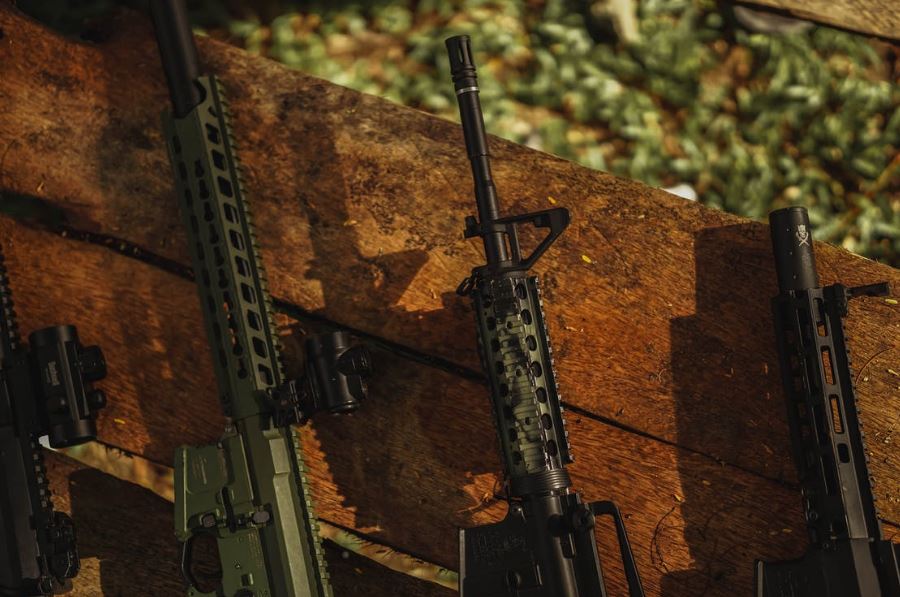 As of February 27, 2022, there are no restrictions on the possession of any type of weapon; in fact, the Ukrainian government has distributed thousands of military-grade weapons to its citizens. This is due to the ongoing Russian-Ukrainian conflict.

Ukraine is the only European country without firearms legislation; regulation is governed by Ministry of Internal Affairs Order No. 622. Citizens who meet an age requirement like a 21-year-old can have shotguns, at 18 one can have hunting shotguns, and at 25 one can have rifles. The individual must have no criminal record or history of domestic violence or mental illness, and have a specific reason such as target shooting, hunting, or collecting may be issued a firearm license. Handguns of .22 9mm, .357 magnum and .38 calibers are only allowed for target shooting and those who pose a threat to their lives (who are typically also given concealed carry permits). All firearms must be stored in a safe and unloaded.

Citizens who wish to purchase weapons or own a handgun in Ukraine must first complete courses on the fundamentals of Ukrainian weapon legislation, their technical design, and rules for safe weapon handling, as well as practical shooting. Internal affairs bodies are in charge of organizing relevant courses. Citizens must submit an application in the prescribed form, a certificate of completion of relevant courses, a medical examination, an inspection of internal affairs agencies, and pass a test on the fundamentals of current legislation and rules for handling weapons and their application skills in order to obtain a weapon permit. 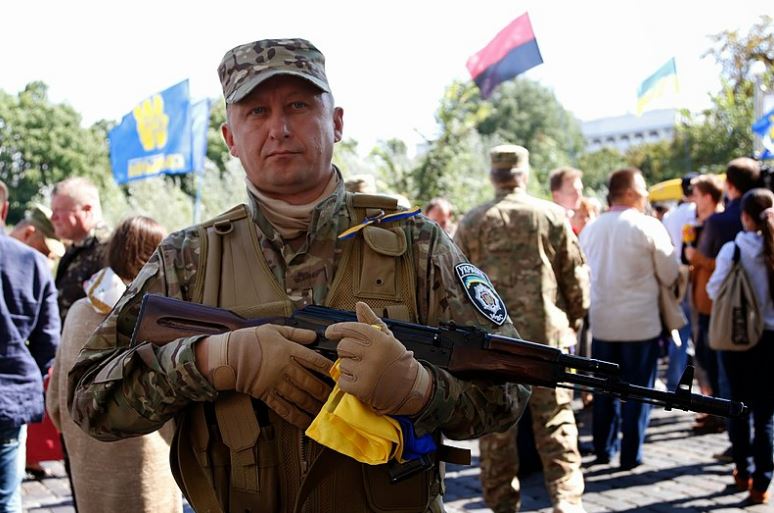 A license is required to own firearms, and a citizen may be issued one of the following conditions are met:

*has no criminal history;

*has never been involved in domestic violence;

*has a valid reason e.g target shooting, hunting, or collection.

After receiving a license, all firearms must be kept unloaded and in a safe.

Because there are no laws governing firearm ownership, authorities have a lot of leeways when it comes to issuing licenses. The president and his cabinet frequently give guns to members of the elite while making it difficult for ordinary citizens to obtain them. Authorities are thought to have given out more than 50,000 guns as gifts.

Every three years, gun owners are required by law to renew their licenses and register their firearms. Failure to comply will result in the license being revoked and the guns being confiscated.

Non-Issuance of Guns in Ukraine

*Certificates (conclusions) of medical institutions stating that a person cannot own a weapon due to health concerns;

*The decision of the court to declare him incompetent, partially capable, or missing;

*Information on the person’s systematic violations of the rules of arms trafficking, public order, being registered and treated for alcohol use disorder, and using narcotic drugs or psychotropic substances without a doctor’s prescription.

*A person’s conviction for imprisonment by a court of law;

*Outstanding or not removed in the prescribed manner for serious crimes, including crimes committed with the use of weapons or explosive devices;

*Court rulings on the direction to serve deprivation of liberty, conditionally convicted with a delay in sentence execution, or a court ruling on the replacement of an undeserved term of correctional labor with a sentence of imprisonment.

The Cabinet of Ministers of Ukraine has approved a list of diseases and physical defects for which a weapon permit is not issued. 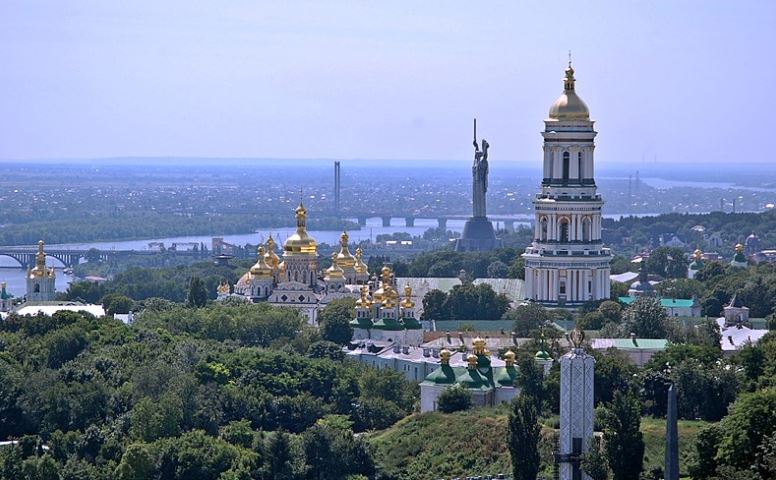 Foreigners have the right to purchase civilian weapons and ammunition for permits issued by internal affairs bodies based on petitions from diplomatic missions or consular offices of the countries whose citizens they are, as well as ministries and other central executive authorities of Ukraine, subject to the export of such weapons from Ukraine no later than 5 days after purchase.

Foreigners who have received certificates of permanent residence in Ukraine have the same right to purchase weapons as Ukrainian citizens. Foreigners may import hunting and sporting weapons into Ukraine with the permission of internal affairs bodies and hunting agreements made with hunting farms, or by inviting ministries and other central executive authorities to participate in sports competitions. 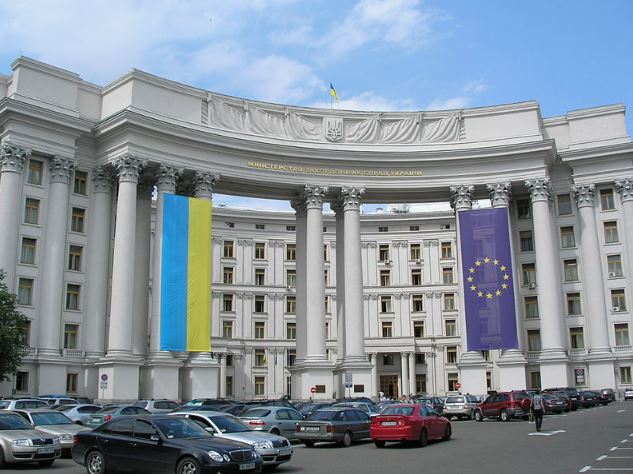 According to a 2018 study, Ukraine’s armed forces have 6,600,000 small arms, the world’s fourth largest inventory of military firearms. Although this suggests a ratio of 17.8 guns for each current member of personnel. The government had 31% more military small arms than the US, and 11 times more military small arms per head of population such as 1 gun to 6.7 people in Ukraine, and 1 to 72 in the United States comparatively.

The 2014 conflict irreversibly shattered the Ukraine-Russian arms trade. This posed a serious problem for the former mother country, which was still reliant on Ukrainian factories for key components for several important weapons.

It is estimated that Ukrainian police have 289,000 small arms at their disposal.