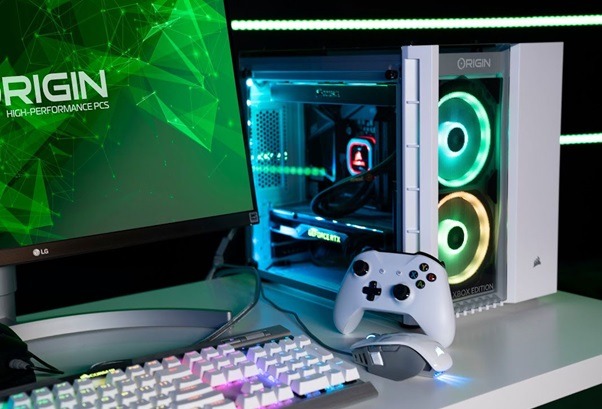 Following the steps of technological advance, video games became more advanced and assorted. The question of which gaming platform to choose now may seem evident – console, naturally. However, things are not as clear-cut as it seems. The battle of PC vs console continues to divide gamers. There are several issues with it.

Although the acronym “PC” encompasses both desktops and laptops, in this article we will largely mean desktops. Although gaming laptops are also a thing, they generally have lower gaming performance and capabilities due to their limited size. A PC offers better graphics, more upgrade options, and a greater variety of games than consoles, usually at a cheaper price. But that better graphics comes at the price of system requirements which a game console, be it Playstation, Xbox or some other, doesn’t have. The more advanced and complex the video game is, the higher system requirements are for the PC to handle that game. A console doesn’t bother about it, processing all games manufactured for a particular console brand. But that also comes at a price – the console games tend to be slightly more expensive than PC games. Yet, let’s not forget that it were consoles, not PCs, that made video gaming popular – the likes of Atari, Sega and Nintendo. And just like in the old times, consoles remain cheaper than PCs, particularly when compared to dedicated gaming PCs. And the recent incarnations of Sega – Sega from AtGames and Sega’s own Genesis Mini, of course, deliver a good deal of nostalgia and flashback. Presently, the three main competitors in the realm of consoles are Playstation, Xbox and Nintendo. While Playstation and Xbox are quite similar, having well-packed hardware, Nintendo relies largely on innovation, as in Nintendo Switch or Wii.

Unlike consoles, PCs are more fluid technologically. They are generally upgradable and, indeed, require periodic hardware updates to catch up with more advanced games. Among the most upgraded PC components are graphics processing unit (GPU), RAM memory and hard drive (HDD) or solid state drive (SDD). But even the prices of completed gaming PCs may vary significantly, unlike the standard prices of console brands. And the continuous hardware update of PCs means that they will ultimately end up being more expensive than initially. Still, a PC has its own nostalgia tint. Some good old Windows-only games, like “Beach Life”, still have their dedicated gaming communities. Historically, PC gaming has also featured the best online multiplayer functionality. But consoles have since introduced some improvements in that area. The need for updates sometimes requires catching up with latest tech developments via news websites.

Smartphone games are much less problematic and easily accessible free of charge. Naturally, they are not considered by professional gamers, but enjoy a great share among lay people. The progress in smartphone development and their wider availability produced a vast selection of mobile games in almost every genre.

But there are simpler and more accessible online games – chess, cards, slots or roulette, for example. There are many websites even in a particular type of such games, such as new roulette sites.