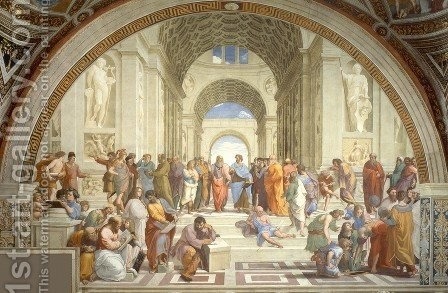 Some say that Michelangelo and Raphael were each other’s arch-nemesis. Michelangelo was older than Raphael by a few years, but it is said that the former has had a significant influence on Raphael.

Where we are using the word ‘Influence’, Michelangelo believed that Raphael copied all of his work and even accused Raphael of plagiarism. How did these two of the greatest painters of their time end up fighting a cultural war characterized by so much hate that Michelangelo was not even there at Raphael’s funeral?

Was Raphael Influenced by Michelangelo?

To some extent, we can say Raphael was indeed inspired and influenced by Michelangelo. But it was not just Michelangelo, Raphael’s works also have the essence of Leonardo da Vinci and Masaccio. Raphael considered these artists as innovative geniuses.

Yes, he used their painting techniques, but he modified them to achieve a new level of depth and composition. This made Raphael famous, and a widely acclaimed painter of his time. The amount of detailing and intricacy in his works was evident from his personal and expressive painting style. Raphael closely studied the paintings of these famous artists, sometimes even before they were complete. This led him to create his version of the technique (sometimes even better) than his contemporary, Michelangelo.

Why does the Figure of Isaiah inside the St. Agostino Church have a Michelangelo touch? 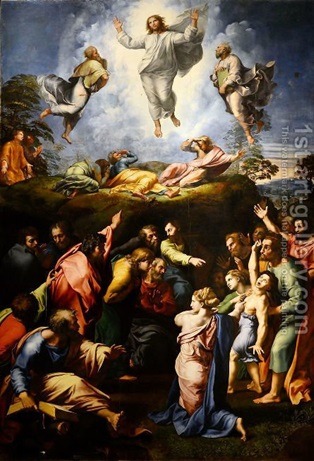 There is a story behind this resemblance. Michelangelo got the commission of a lifetime, and it was to paint the inside of the Sistine Chapel. Pope Julius commissioned him to paint there, and Michelangelo was reluctant to allow even the Pope inside the Chapel until and unless it was complete.

But Raphael managed to sneak inside with Bramante’s help and saw the unfinished world-famous frescoes in the Sistine Chapel. Raphael studied the frescoes and imitated the style, only to recreate it onto the Figure of Isaiah.

It is almost like Raphael was only able to create such masterpieces because he had Raphael’s and da Vinci’s help. Some art historians have gone to say that Raphael understood his ability to create art and felt that it was deficient in many aspects which are found in abundance with his famous contemporaries. So he learned what he could from them, emulated the basic styling, and then recreated them in his style with a few additions. 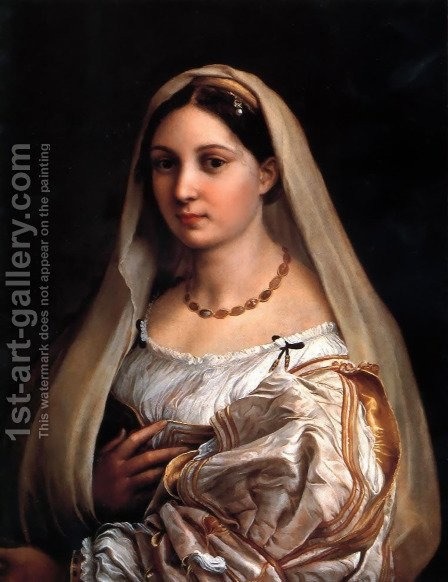 Between 1504 and 1507, Raphael produced several paintings, which we call “A Series of Madonna.” These paintings were influenced by the style and technique used by Leonardo da Vinci. While Raphael experimented with these paintings and the techniques for at least 3 years, it ended with La Belle Jardiniere.

In the same year, Raphael commissioned another painting, The Entombment. This painting is said to be his most important and ambitious work. But here too, Raphael used Michelangelo’s ideas which can be seen very clearly in the Battle of Cascina.

In the coming years, three of the most magnificent and prodigal painters of the Renaissance were working together in Rome.

It seems that even though Raphael was accused of plagiarism, his works and talent was able to woo the masses. In some instances, it was his artwork that got him the plaudits, at other times, it was luck and the friendly behavior that got him commissions.

To this day, the Sistine Chapel is considered one of the great artworks made by any man. But, at the time of its launch, the ambassador announcing the inauguration mistakenly took Raphael’s name as the creator of this masterpiece.

Due to this event, Raphael was getting a lot of work and commissions from across the region. He was young, enthusiastic, and was great at socializing, which got him even more attention and love of the people.

Raphael’s this trait becomes even more important as Michelangelo was not very with people. Michelangelo was also not on very good terms with another maestro of this era, Leonardo da Vinci. Da Vinci was frustrated with Michelangelo, that he once went to France only to get away from Michelangelo.

Was Michelangelo Inspired by Raphael too? 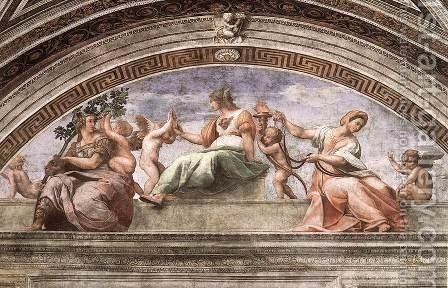 It is said that you have to know the person to hate or like him/her. Michelangelo’s reservations towards Raphael are hidden, but little does anyone know that he also liked some of his works.

When Raphael completed his Portrait of Isaiah, the Head Chancellor of the Papal Court, Johannes Goritz called Michelangelo to analyze the artwork. The chancellor called him because he felt that the price was too high. But Michelangelo replied that the painting was worth it just for the knee. So, even though Michelangelo did not like Raphael, he understood the value of art and was the one to praise good work.

Raphael was, without a doubt, one of the greatest painters of his time and is still celebrated today. Many of Raphael artworks have been inspiring the succeeding generations of painters. As for the influence, we can say that Yes, Raphael was indeed inspired by Michelangelo. His paintings are a testament to the fact that he learned and imbibed the techniques used by his contemporaries and created artworks with his style.

A self-made prodigy who took on the reins of painting from his father, Raphael died too early for his age and that too under mysterious conditions. If you want to study the intricate differences between the painting styles of both the artists, it is a better choice to acquire the recreated Raphael artworks and Michelangelo’s paintings for better comparison.