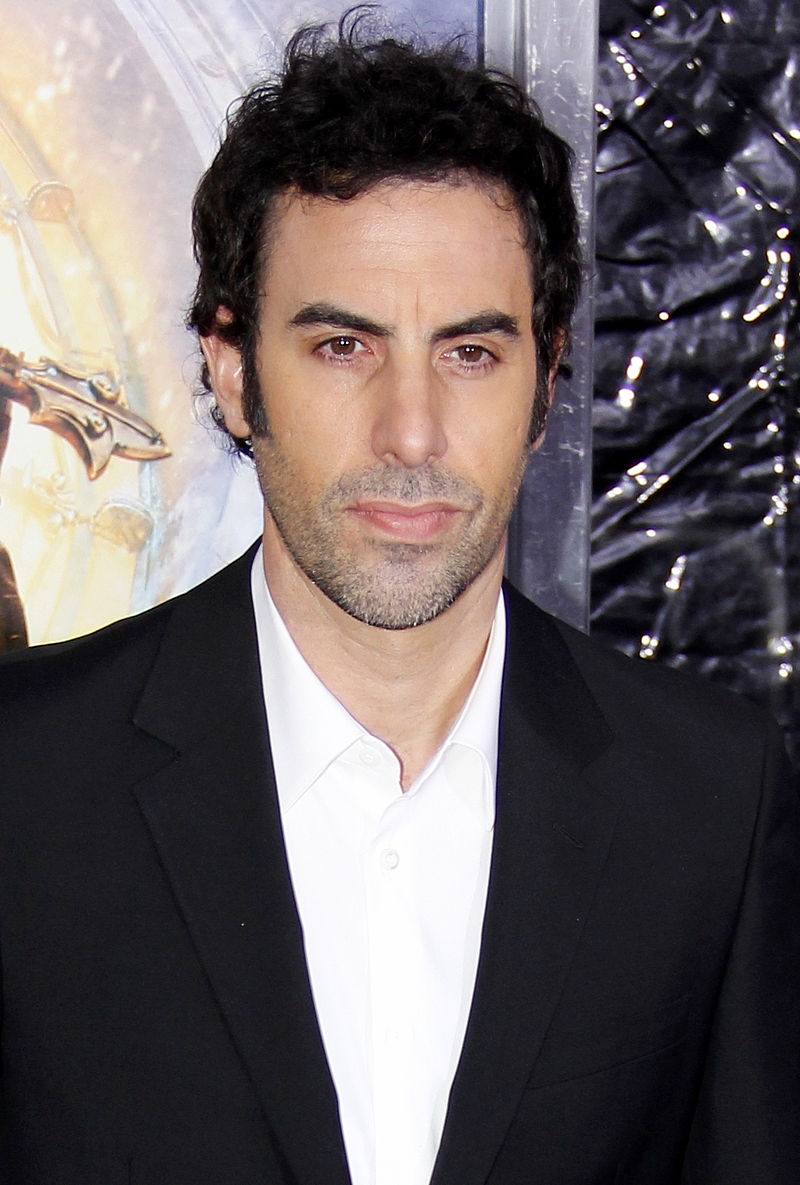 Sacha Baron Cohen is an English actor, comedian, writer, film producer, and director. He is most renowned for his radical and satirical portrayal of fictional characters, such as Ali G, Borat, and Bruno. As a skilled performer, he instills unorthodox guises and accents in his routines, dealing with unwitting subjects, who often do not discern that they are bound to a hilarious situation mostly about self-exhibiting derision.

Vassup? Brüno here, it is the Zehn Year anniversary of the release of mein movie BRüno, which was named after me BRüno. Here is me, Brüno, mit ze greatest Austrian politician ever….apart from Adolph obvs #makeaustriagreatagain @schwarzenegger

Sacha Baron Cohen was born on October 13, 1971, in Hammersmith, London, to a devout Jewish family. His mother, Daniella Naomi, was a photographer, while his father, Gerald Baron Cohen, was an apparel store owner. He has two older siblings, Eran and Amnon.

Baron Cohen studied secondary education at The Haberdashers’ Aske’s Boys’ School in Elstree, Hertfordshire, England. Afterward, he studied history at the University of Cambridge and graduated in 1993 with upper-second-class merits. During his stay in the institution, he was a member of the Amateur Dramatic Club and has performed in various plays, such as Cyrano de Bergerac and Fiddler on the Roof.

After finishing his studies, Baron Cohen initially worked as a fashion model. Soon, he found himself working as a television presenter in Windor’s local broadcasting channel.

In 1995, the TV series “The Word” was up to be replaced, and Channel 4 was in search of new television presenters. Baron Cohen took his chance and sent a video of himself, portraying a fictional TV reporter with Albanian roots. It stirred the producers’ interest, choosing Baron Cohen as the host of PUMP TV, which ran from 1995 to 1996.

He hosted another program in October 1996, alongside Natasha Kaplinsky, entitled “F2F.” It is a youth chat TV series under Granada TalkTV, which ran until August 1997. 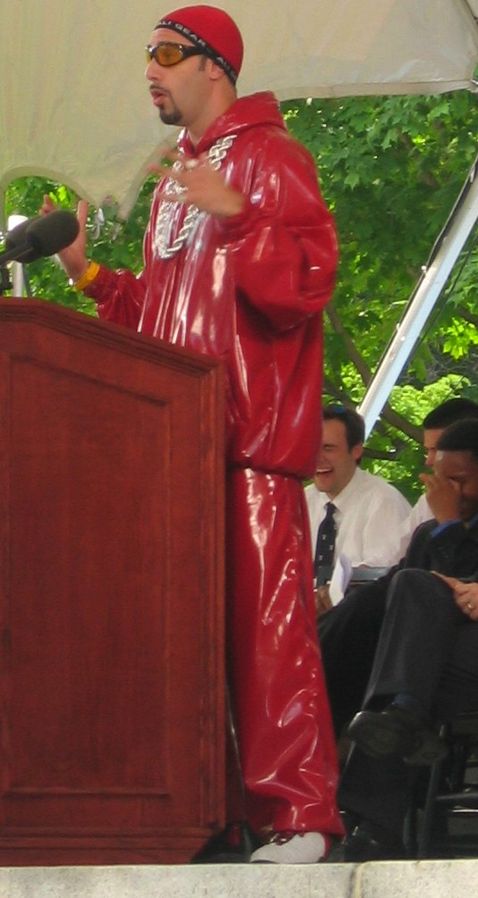 After deciding to push through with his entertainment career, Baron Cohen joined “The 11 O’Clock Show,” in which he created Ali G, the character that catapulted him to stardom. Ali G was a journalist with hip-hop and Jamaican culture, often speaking with a rude-boy form of English and an aggressively stupid demeanor.

With his outrageous attire, characterized by a dazzling tracksuit, skullcap, tinted sunglasses, Ali G interviews many personalities and celebrities, throwing them unorthodox questions, often bringing out their prejudices. Ali G became so popular and earned Baron Cohen his Best Male Comedy Newcomer award at the British Comedy Award in 1999, plus some other nominations. The exceptional reception for the character led to creating his own program “Da Ali G Show” in 2000. 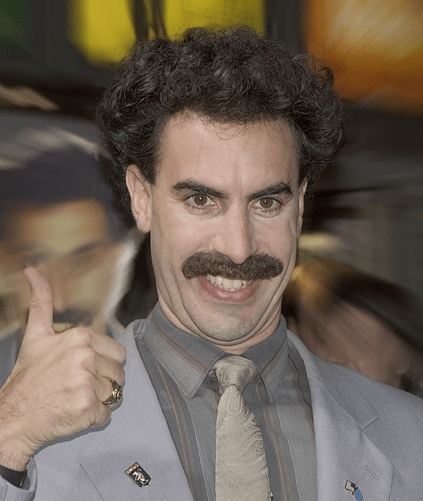 The other famous alter ego of Baron Cohen is Bruno, a gay Austrian fashion presenter, who leads his subjects into shaming behavior, evokes them to create statements, which they will often refute themselves within the same interview.

Starting in 2005, Baron Cohen started focusing on his movie career. First, he served as the voice of Lemur King Julien in the “Madagascar.” He made the Borat-feature film, “Borat: Cultural Learnings of America for Make Benefit Glorious Nation of Kazakhstan.” Soon, he appeared in the flicks, “Talladega Nights: The Ballad of Ricky Bobby,” “Hugo,” “Sweeney Todd: The Demon Barber of Fleet Street,” “Les_Misérables,” and “Anchorman 2: The Legend Continues.”

While providing the comic relief the world needs, Sacha Baron Cohen’s characters never pleased everyone. He was involved in many controversies, thrown many criticisms, and faced various lawsuits for his distinct and satirical comedic approach. Despite this, he will be one of the most outstanding comedians who went out of the ordinary, bringing his own style in the TV and movie industry.