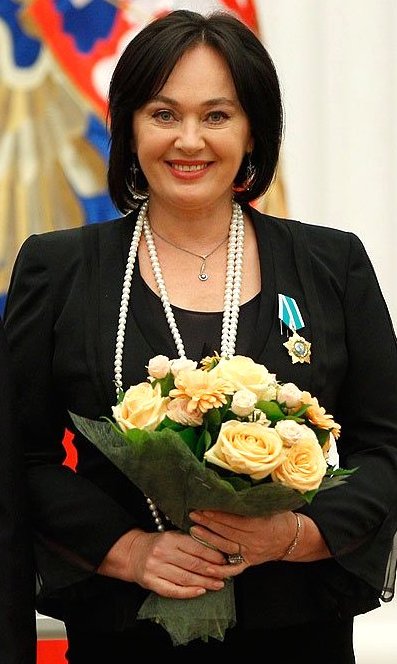 The Russian media industry is on a constant rise. Many celebrities have their children joining them in the industry. The case of Olga Bukharova is the same, who is the daughter of Larisa Andreyevna Guzeyeva, a famous russian actress and TV presenter of the show “Let’s Get Married”. Just like her mother, Olga also had an interest in the media industry from a very young age.

Olga Bukharova is the daughter of the famous businessman Ikor Bukharov and on-screen presenter and actress Larisa Guzeyeva. She was born on March 28, 2000. Since her early childhood, she has been diverse and creative. Her parents call her Le Liya as her nickname. Olga was born at a time when her mother reached a very mature age of 40. The young girl is intelligent and currently 20 years old committed to her boyfriend. However, currently, Olga Bukharova has been facing a major disease as well.

Many who recall the youth of Larisa Guzeyeva consider her daughter to be the exact same as well. Both have very identical personalities and similar mindsets. Instead of being the cute little girl, Olga acted as rebellious by having short hair, using a bucket and not a bag, and not using makeup like other girls do.

She even smoked cigarettes from a very young age. Her mother Larisa has shared multiple pictures of herself with her daughter where they look exactly identical keeping aside the age difference. Looking at the daughter Olga, one can always imagine how the 20-year old Larisa Guzeyeva would look like. Olga says that she and her mother are just like best friends where they can talk about anything with a fully trusted relationship between themselves.

As suggested by her mother, Olga Bukharova loves to experiment with her appearance as well as the major aspects of her life. At the age of 15, Olga dressed up as a typical “bad girl” by having a mohawk and a piercing. However, later on, she became more interested in the old times fashion, particularly the one followed in the 1980s. After her school, she took a gap year for particularly no specific reason but to simply have a break in her life. Further, she attended different types of courses in communication and contemporary art. She also went to learn and progress in Irish dancing. Larisa has always supported her daughter in every decision that she has taken and says that her daughter is a very wayward girl.

According to her mother and other close people, Olga Bukharova has been interested in arts and rock music. She tends to have more male hobbies rather than the female ones. While studying in the High school for design, she had interests in history too so she took on multiple history courses. Unlike other girls of her age, Olga has very unique hobbies and shows intelligent tendencies in her personality. Moreover, being a daughter of a celebrity, she has not become as spoilt as many others do.

When the girl got to the age of 17, she believed she met her true love although she did not reveal any kinds of details about her boyfriend other than his name, Sergey. Olga introduced Sergey to her parents as well who approved of the man. It is said that the couple was happily engaged as well and they were planning to marry soon.

However, one year later at the age of 18, Olga went through her first breakup although the relationship was on a very serious level. She went into a major depression and started to post sad quotes all over her Instagram. Many of her close friends said that Olga has not been attending any events recently. It was later found out that her boyfriend, Sergei, was cheating over her.

Olga later said that many of her friends had already warned her that she was not with the right guy as he was supposedly a womanizer. However, Olga was all full of love and could not see anybody other than Sergei. Many of her fans believe that Olga got into her tumor problem due to her breakup.

It was hardly sometime after her first breakup that more problems for Olga Bukharova started to emerge. In early November of 2019, Olga shared disturbing news with her fans that she was diagnosed with a tumor. Although Olga’s tumor was firstly diagnosed in early 2019 but was declared fit and fine after some time.

However, later, she said that doctors had re-diagnosed her for the tumor. The situation for Olga Bukharova became so worse that she started to experience major pain in her head, vomiting, nausea, insomnia, and a major weight gain as well.

The severe depression along with these many problems was just an extra. She mentioned that she lost consciousness many times as well. Olga considers that her doctors did negligence in her treatment at the first time which caused the problem to further aggravate. The young girl was on the verge of giving up as she said that she wanted to die and give up on life. However, after immense efforts, and undergoing major pain, she found a better specialist who got her treatment done and today she lives a happy life.

The russian media industry is always full of exciting and interesting news. Not only the celebrities but their children as well stay in the headlines and are making news very often. Olga Bukharova is a very clear example of that. The interesting young girl is a whole unique personality with varied interests.  Olga has experienced a very tough time in the past with her breakup in a serious relationship and the problem of having two tumors. Her mother being a very supportive person is one of the main reasons why Olga recovered out of the two major problems. Nonetheless, the girl is now better and we wish her the best in her life.