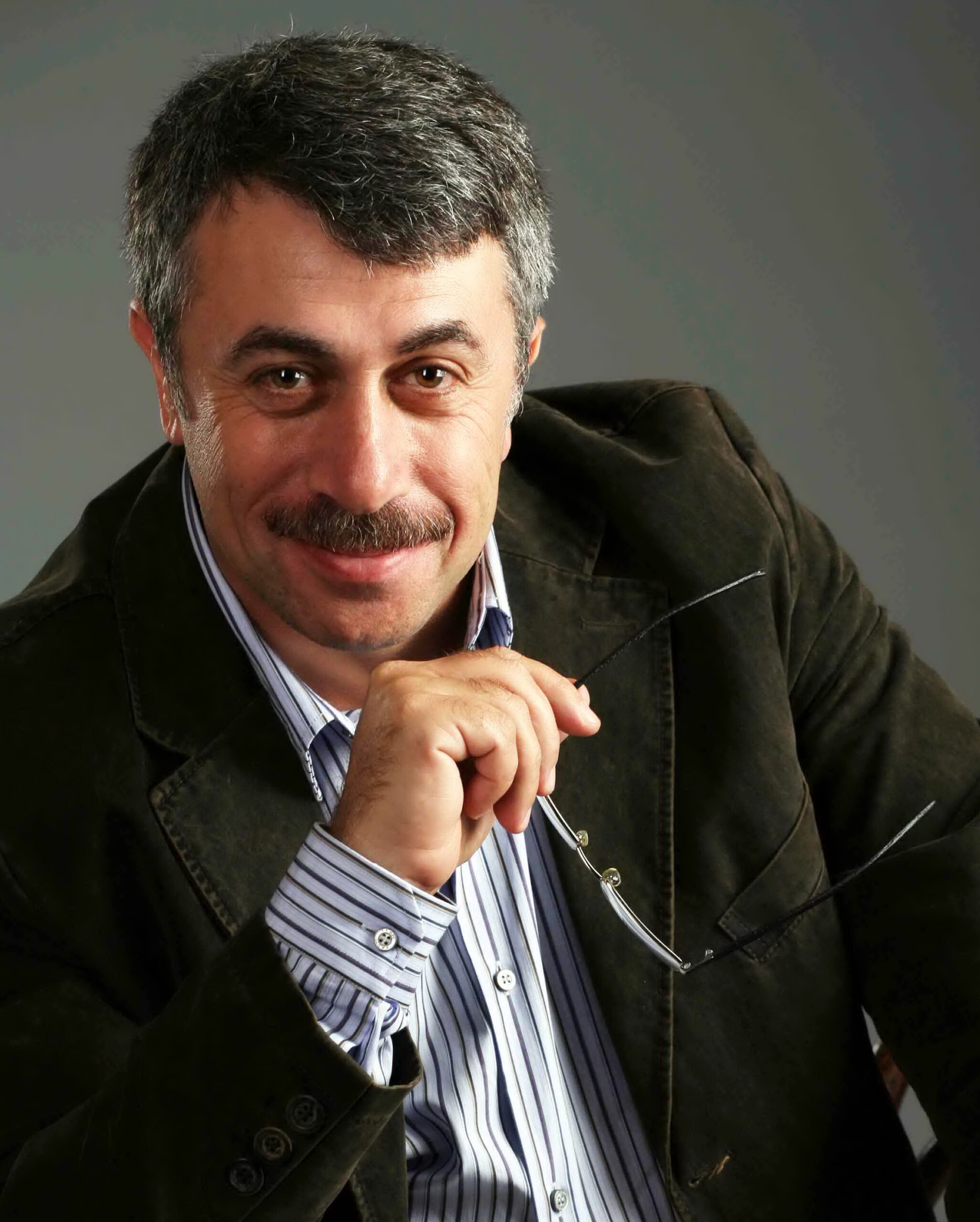 Yevgeny Komarovsky is a pediatrician, doctor of the highest category, TV presenter, and author of scientific articles and works, most famous for his book “Child Health and Common Sense for His Relatives.” The doctor does not only boast smarts, as he won as “the most beautiful man of Ukraine” in 2010, and was deemed simply charismatic for being a mustachioed uncle.

Yevgeny Olegovich Komarovsky was born on October 15, 1960, in Kharkiv, Ukraine, the second-largest city in the country. He hailed from a family of engineers, from a Jewish mother and a Ukrainian father. Her mother was a former librarian prior to working in a turbine factory, which is why a large library was present in their apartment, awakening young Yevgeny’s passion for reading. Then, as a child, he helped his mother take care of his ill and recovering sister, providing her the needed medicines. Since then, it was evident to which path Yevgeny was headed.

In the late 1970s, being a doctor was considered treated with prestige and nobility, and not all aspiring people were given a chance to enter medical institutions. Coming from a family of engineers and sans any doctors, it made it more difficult for Yevgeny. Fortunately, the system in the selection process changed around 1977. Yevgeny took his chance in the entrance examinations of Kharkov Medical Institute and was accepted in the Pediatric Faculty.

During the latter years of studying, Yevgeny started to develop a more positive attitude after the initial phases of relative hardships. He was surrounded by enthusiastic nurses and doctors who valued their profession and infected him with their innate love for the field. Yevgeny worked for free after class, helping them, while also gaining vital experience.

With a higher education diploma, Dr. Komarovsky began working in Kharkhov’s Regional Infectious Children Hospital in 1983. He worked as a regular doctor and got his promotion in 1991, becoming part of the intensive care unit. Soon, he was chosen to spearhead the infectious diseases department.

In 2000, Dr. Komarovsky moved to a private medical center and performed pediatric consultations. Six years later, he opened his own clinic, also regarded as the “Clinic.”

Dr. Komarovsky’s appearance in television first came in 1992, when he was interviewed by television channels about Ukraine’s ongoing diphtheria epidemic. While other doctors proved to be an issue for most journalists as they tend to be afraid or shy of cameras, Dr. Komarovsky was the direct opposite. With that, he was often asked to share his expertise and insights, appearing in talk shows, or as a consultant in TV programs.

By establishing his clinic, Dr. Komarovsky’s encountered parents often asking the same questions and undergoing the same problems. Banking on his television experiences and his relationship with the media, he launched the TV program “School of Dr. Komarovsky” in 2010. The show served as an avenue for him to inform parents on how to raise healthy kids.

His reach continued to expand, appearing in other TV shows and even the radio, through the “Medicine Show” on Russkoye Radio.

Dr. Komarovsky was well-loved, and his charisma, through his iconic mustache and smile, overflowed. l In 2010, he was awarded as the “most beautiful man of Ukraine.”

Dr. Komarovsky was also a renowned author. His first work was the “Viral Croup in Children” in 1993, which then earned him his degree of candidate of sciences. These were followed by other notable works, “The Beginning of the Life of Your Child” (1996), The Health of the Child and the Common Sense of His Relatives” (2000), “Disposable Diapers” (2002), among others, which all included valuable information about children’s health, from vaccination, examinations, nutrition, and growth and development.

Dr. Yevgeny Komarovsky used his health expertise, knowledge, communication skills, charisma to relay valuable information using various channels. True enough, he will remain as one of Ukraine’s most influential doctors, helping many families, parents, and children in the country.