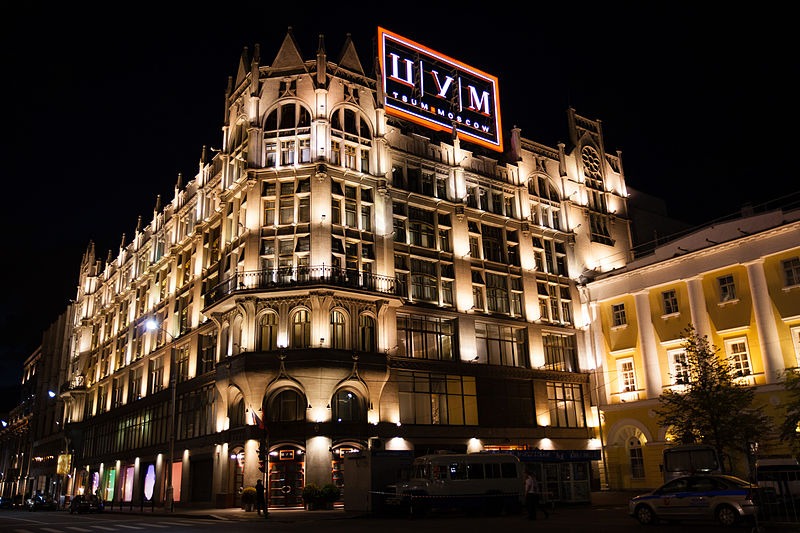 The once down fashion market of Russia is now on a constant rise. The market comprises different fashion businesses such as Outlaws, Nina Donis, Yulia Yadryshnikova, and TSUM. It is due to the significant efforts of few of the top fashion market industrialists such as Alla Werber who was the fashion director of the brand TsUM and Vice President of the largest luxury goods group of Russia, Mercury. Alla Werber has revived and significantly improved the fashion market of Russia. Unfortunately, she died at the age of 61 in August of 2019.

Who is Alla Werber?

Alla Werber was born in the year 1958 and was brought up by her parents in Russia. She is considered to be the most influential person in the Russian fashion industry. This is because she has brought many different types of international fashion brands to the russian market which includes Prada, Chanel, Levis’, Louis Vuitton, Balenciaga. Gucci and others as well. Despite the collapse of the USSR market multiple times, she single-handedly dealt with the situation which led to the development of fashion in Russia. Unlike many others who were interested in making money and doing business, the vision of Alla Werber was just to upbring the Russian market and she loved doing that.

In 1976, Alla Werber was not allowed to go with her parents to Canada. Therefore, she had to stay in Rome. During that time, she realized that she needed to pursue her career in the fashion industry. After her graduation and marriage, Werber opened up her first boutique, Katia of Italy. In 1991, Werber had a vision where she wanted people of Russia to have a single store where they could come and buy whatever they want without having to travel anywhere else. She said it would be wonderful if she was able to build a whole fashion world for Russia.

Being the Vice President of Mercury, she later developed TSuM, a large scale fashion retail store with more than 1500 brands of apparel, clothing, cosmetics, shoes, accessories, fine jewellery and other such items under one roof. Currently, TSuM is the largest fashion store of Russia. Throughout her career, she focused on developing the fashion market by always upbringing the standards of fashion in Russia and adding more brands to the store. Many believe that it is due to Alla Werber that Russia went towards modernization.

Although Alla Werber did not have a major medical problem throughout her life and even close to her death, According to her close friends, she never gave signs of being an unhealthy person at any time of her life. Many of her family members confirmed these statements. Infact, before her trip to Italy, she was perfectly fine and did not show any sign of any allergies. However, she had a minor level pneumonia once that did not impact her further anywhere in life. Her sudden death was indeed a deep shock to many who belonged to the fashion industry of Russia, her close friends and family members as well.

Alla Werber was in Italy in August 2019. She had only planned a short trip and was expected to leave within one week. On the night of 5th August 2019, Alla Werber ordered sea food for dinner. However, soon she started to feel sick and her medical condition worsened. Werber was immediately rushed to the hospital on the same night. Health specialists of Werber flew all the way from Israel to Italy on an urgent basis. Initial reports by the doctors suggested that the lady had a heart attack since many of her organs were not working properly. The doctors continued to operate and further investigate the matter.

After 24 hours of tough operation and struggle for the life of Alla Werber, she could no longer make it. Throughout this time, she was shifted to multiple different hospitals. Alla Werber was pronounced dead at 4pm on 6th August 2019. Despite the different types of rumors surrounding her death initially, doctors stated that a final remark on her death would only be noted after an Autopsy. Official representatives later confirmed that her death was due to anaphylactic shock and meningococcal sepsis which is equivalent to an extreme allergic reaction.

Further Remarks by the Doctors

Doctors further suggested that it happened because Alla Werber had eaten an Italian Seafood in dinner which did not suit her rightfully and caused an infection which rose beyond limits. Doctors added the fact that such allergies are usually common and are usually not as serious as they lead to deaths. However, for the case of Alla Werber, the problem of low immunity was also present. This is because the famous fashion director did not take much bed rest, was always on a busy schedule, undergoing sudden climate changes, dehydration, and undergoing extreme physical activity without taking as much rest as needed.

An expert later commented that a completely healthy person like Alla Werber could be completely healthy from the point of view of Oncology. However, the person may simply forget to drink water in the heat. At times, this may be sufficient for a thrombus formation which could lower the immunity of a person. She always showed that she was full of energy but her body was surviving persistent damage this time in terms of loss of immunity. Her pneumonia had also brought down her immunity levels by a major extent, added an expert.

The funeral of the famous fashion director was held on 14th August in Toronto. Many attended her funeral and gave heartfelt comments on their relationship with Alla Werber. The daughter of fashion designer Valentin Yudashkin Galina said that she was very shocked by Alla Werber’s death and always considered her a part of the family. Many famous people attended her funeral. The efforts of Alla Werber towards the Russian fashion industry will always be remembered. She leaves behind her daughter, Katia, who is expected to continue her fortune of TSuM.