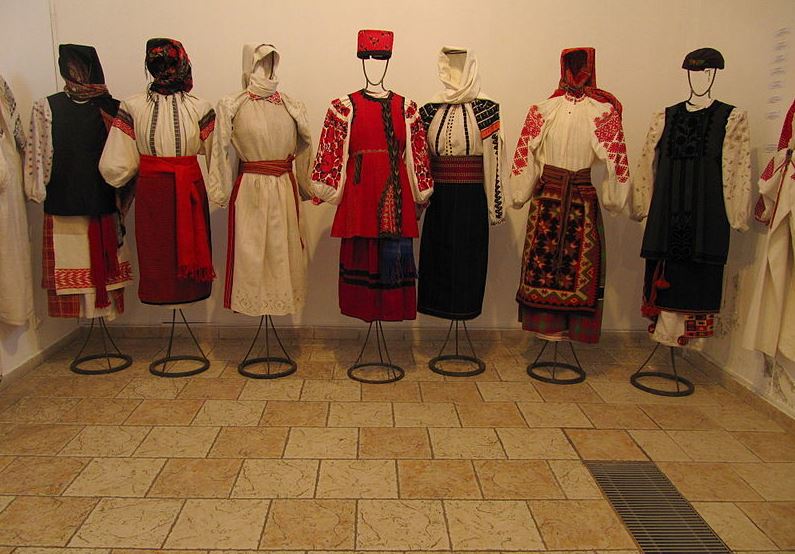 What are the Common Features of Traditional Ukrainian Attire?

The traditional attire in Ukraine is called vyshyvanka.  It is the casual name for the embroidered shirt in Ukrainian and Belarusian national costumes. But the Ukrainian vyshyvanka is distinguished by local embroidery features that are specific to the Ukrainian embroidery. The main feature is its embroidery on the neck, hem, and cuffs.

Girls are supposed to wear a shirt without outerwear, while married women need to cover their heads with a shawl and complement the outfit with a waistcoat and maxi skirt. The highlight of the clothing are accessories, such as belts, jewelry, and headdresses. Most of the time, these are decorated with fresh or artificial flowers, ribbons, and lots of beads and ducats or coins, which showcases the status of women.

The traditional attire of men, on the other hand, is much simpler. They look similar to the outfits of other Slavic nations, but they wear them in a different way. There are two main elements, which are a linen shirt and cloth pants, which are famous for the kind of embroidery.

Back in the traditional days, people accessorize clothes mainly for fashion, style, and representation. At the present time, most of us use accessories for functionality, just like using heavy-duty retractable belt clips, for example. 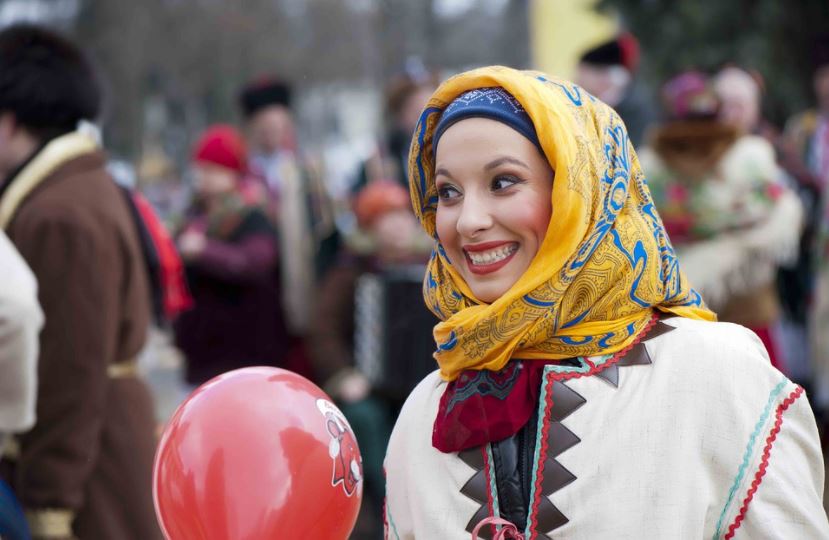 The traditional Ukrainian attire also varies per region. Here are the details for each region:

The traditional attire of Norther Ukraine is known for the modesty of traditional decorative elements. There is a fair amount of attention given to the weaving and embroidering of monochrome and bicolor combinations. It features black and red threads that symbolize wisdom and courage of generations, and as well as red and white embroidery that shows happiness and purity. In Polisia, which was a historical region in Northern Ukraine and Central Europe, the apparel design was fairly restrained and featured clear geometric ornamental patterns.

The details of the traditional attire in the southern regions differ in specific details. The bright embroidery of green, red, and yellow was placed on the open neck of the shirt. The clothing was also decorated with belts and jewelry. Most of the time, the patterns had plant and floral ornamentation, like Malva flowers and grape branches. The traditional attire of Southern Ukraine showcases their different way of life and through ethnocultural interaction between Ukrainians and Moldovans.

The traditional attire in Western Ukraine shows its Hungarian and Polish historical past. The clothes are distinguished by intricate geometrical patterns. In addition to that, the attire was also decorated with colored beads, gold or silver thread, and metal elements. The Hutsuls, which were an ethnic group of Ukrainians that inhabited the Carpathian Mountains, decorated the bottom edge of the pants with embroidery from the inside using yellow and green woolen threads, then they folded it upwards.

The traditional attire in Eastern Ukraine combines both the local features of the ancient Slavic clothing and the Russian cultural influence. Their shirts preserved the simple tailoring, featuring narrow sleeves and neat decoration of the cuff on the sleeves. The attire has multicolored embroidery that was matched with elements such as lace, bright ribbons, and grey fringe. In addition to that, ornamental elements and waist accessories also played an important role and were appliqued from cotton or brocade velvet.

The traditional attire in the central region of Ukraine, including Poltava, is characterized by white-on-white embroidery and as well as by a large amount of black and red patterns. It features geometric or vegetative ornamentation. Back in the 20th century, women used multicolored threads to decorate the shirts, while the embroidery was minimalistic in the 17th and 19th centuries. Another key feature of the central region’s traditional attire was the decoration of sleeveless and outer clothing with a cotton applique. 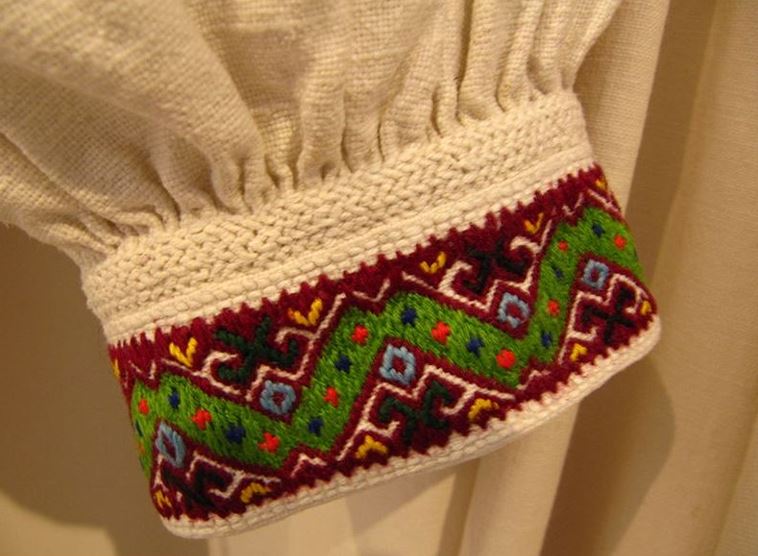 One of the fundamental elements of traditional Ukrainian attire is embroidery. As mentioned earlier, the Ukrainian vyshyvanka is distinguished by local embroidery features that are specific to Ukrainian embroidery. It does not only speak about its Ukrainian origin but as well as the particular region where it was made. People who are familiar with this will easily know where a person came from by the clothes on their back. Therefore, embroidery is an important craft within Ukraine.

There are also different techniques that exist to suit local styles with their own specific patterns and colors. Traditionally, the threads used in embroidery are colored based on local formulas using leaves, flowers, bark, berries, and more. This way, the color of the embroidery truly showcases the local environment.

Black, red, and white colors are basic in Ukrainian embroidery, while blue, green, and yellow are supplementary. Highly artistic embroidery is something that makes Ukraine popular throughout the world.