Ukraine’s “Orange Revolution” was a series of political events and protests from late November 2004 to January 2005. It was the aftermath of the run-off vote of the Ukrainian presidential election in 2004. The election was said to be tarnished by electoral fraud, voter intimidation, and massive corruption. Ukraine’s capital city Kyiv became the focal point of the movement’s civil resistance campaign. Thousands upon thousands of protestors were present during the daily protests. The nationwide revolution was emphasized by sit-ins, serial acts of civil disobedience, and general strikes orchestrated by the opposition movement.

Reports from domestic and foreign election monitors about the run-off vote results between Viktor Yushchenko and Viktor Yanukovych being rigged by authorities in favor of Yanukovych combined with the widespread public’s perception were what prompted the protests.

The nationwide movement achieved its goals as the results of the original run-off got annulled. A revote was then ordered for 26 December 2004 by the country’s Supreme Court. The second run-off went through intense domestic and international scrutiny and was declared “free and fair.” 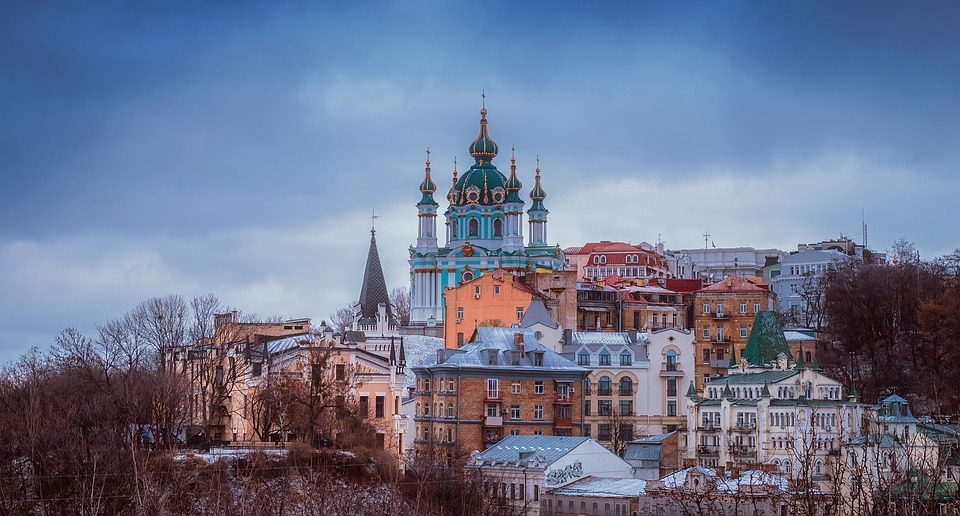 The final results clearly showed a victory for Yushchenko, receiving about 52% of the people’s votes than his opponent, who had 44%. Yushchenko was then declared as the official winner and was inaugurated on 23 January 2005 in Kyiv. After his inauguration, the Orange Revolution ended.

That was the summary of the whole Orange Revolution, but there’s actually more to it than just the people protesting for a corrupt election. Below is a more in-depth analysis of how the nationwide revolution came to be.

The Origin of the Orange Revolution: The Gongadze Assassination/ the Kuchmagate Crisis

In 2000, a Ukrainian journalist named Georgiy Gongadze, also the founder of Internet newspaper Ukrayinska Pravda (well known for publishing the country’s politicians’ unethical conduct and corruption), was kidnapped and murdered. Rumors suggested that the current Ukrainian President Kuchma ordered his murder, although no one accused him of personally doing it.

The journalist’s murder started a movement against President Kuchma in 2000, which was perceived to encourage the 2004 Orange Revolution. After finishing two terms of the presidency from 1994 to 2005, Kuchma, with his image forever ruined by the Cassette Scandal of 2000, decided not to run for another term in the 2004 presidential elections. Instead, he opted to support Prime Minister Viktor Yanukovych in his race in opposition to Viktor Yushchenko of the Our Ukraine–People’s Self-Defense Bloc.

What were the leading causes of the Orange Revolution?

During the 2004 presidential election, the Ukrainians became impatient while waiting for the country’s economic and political transformation. At that time, for an outburst from the public, the country’s state was considered an “ideal condition.” The electoral results were seen as fraudulent and considered as the nail in the coffin for the following events.

Before the Orange Revolution, the Ukrainian regime that held the reigns paved the way for the emergence of a democratic society. The society is considered as a “hybrid regime” having been based on a “competitive authoritarian regime.” This allows for the market economy and democracy to come to fruition. The election fraud emphasized the citizens’ desire for a more pluralistic type of Ukrainian government.

After the Cassette Scandal, the public’s craving for creating a social reform movement was sparked. It undermined the Ukrainian citizens’ respect for Kuchma as a president, as well as their general respect for the elite ruling class. Due to his scandalous behavior, Kuchma lost a lot of his supporters in high-ranked government positions. A multitude of the government officials who were, at first, on his side went on to show full support to the opposition side’s election campaign as well as his ideas in general.

With the crystal clear lack of faith in the government ingrained in the minds of the Ukrainian population, the role of Yushchenko in the revolution became even more important. The presidential candidate was a charismatic one and didn’t show any signs of being a corrupt politician. He was on the same page as the people who support him. Like his constituents, Yuschenko presented his ideas in a “non-Soviet” way.

The Ukrainian youth voters had important roles in the 2004 Presidential outcome. The new age of voters had totally different views on the main figures in Ukraine. These younger people were actually exposed to Kuchmagate and a lot of his negativity which is why they had some distorted visions of Kuchma and his capability of leading their country.

The massive presence of the youth who participated in the protests showed an increase in the development of the sense of nationalism in Ukraine. What happened during the Orange Revolution had created a huge enough impact that even made people of all ages interested.