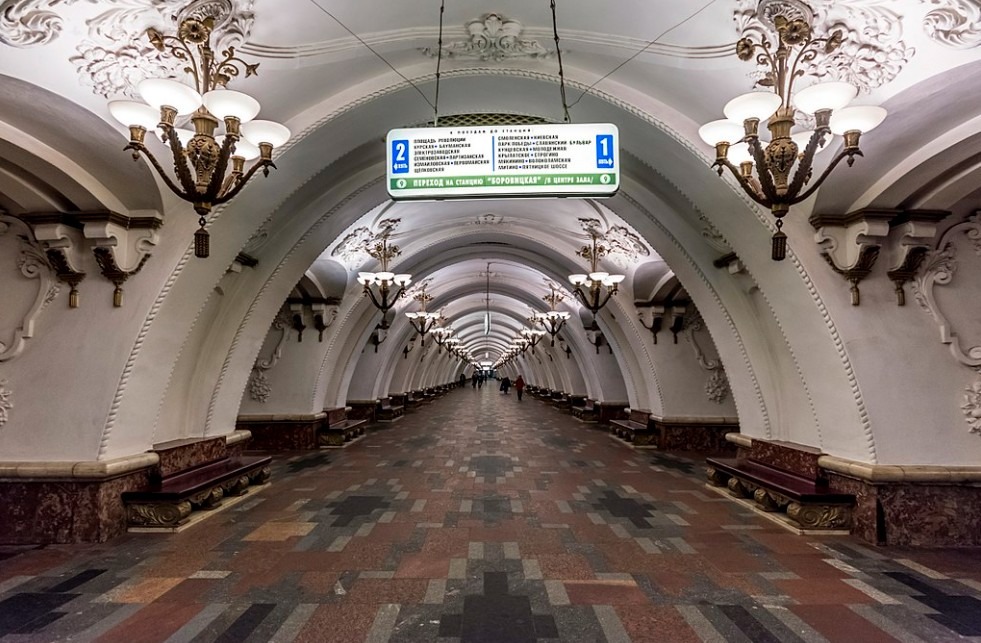 Imagining Moscow today without its metro system can be a daunting task. With over 200 stations stretching more than 300 kilometers, it has been an integral part of the people’s everyday life. However, it’s not a means of transporting to a location, as the rail system is a destination itself. In fact, it can be regarded as an underground city, brimming with its landmarks and galleries, revealing Russia’s rich history. Built with love and pride for the country, it took half a century for the project to start, but after being finished, the result can only be great, showing the world of the Soviet Union’s prominence and glory. 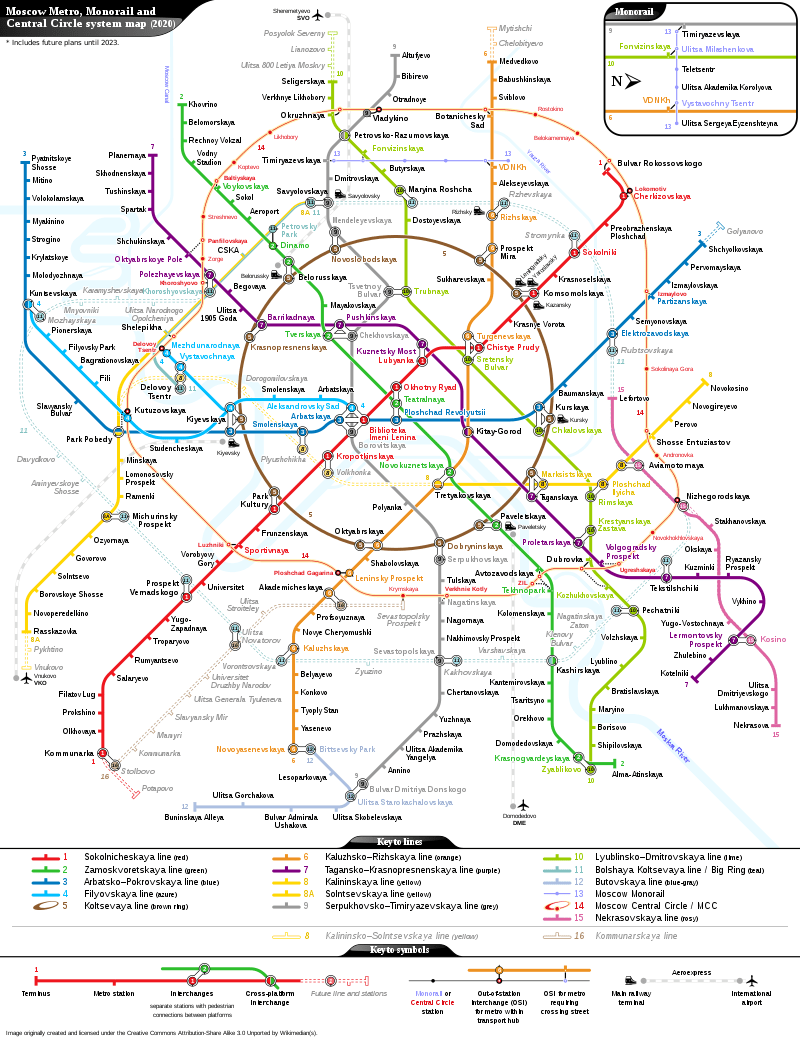 The Moscow Metro project took about half a century to begin, with the first plans for constructing the underground railway tracing back to Russian Empire but was halted by World War I. Five years after the war’s culmination, more preliminary studies and schemes were developed towards realizing the project. However, it was only in 1931 when the construction of the Moscow Metro finally began when it became apparent that the tram public transport system can no longer sustain the volume of passengers.

On December 10, 1931, Moscow Metro’s first metro line’s construction was started, connecting Sokolniki to Kropotkinskaya (formerly the Palace of the Soviets). Initially, the railway system was planned to be placed on shallow tunnels and stations. However, it would lead to excavating almost the entire city. A recommendation from an engineer suggested constructing the metro system farther underground, which was then approved by USSR ruler Joseph Stalin, silencing all the protests that came beforehand.

At first, the construction became slow-moving and challenging, but help came from foreign colleagues from Britain, and the construction massively sped up. The first test train in Moscow Metro’s history happened on October 15, 1934. Exactly seven months later, the first train with passengers departed in Sokolniki station alongside the opening of its first 13 stations. Moscow Metro also started to use its famous red letter M symbol. 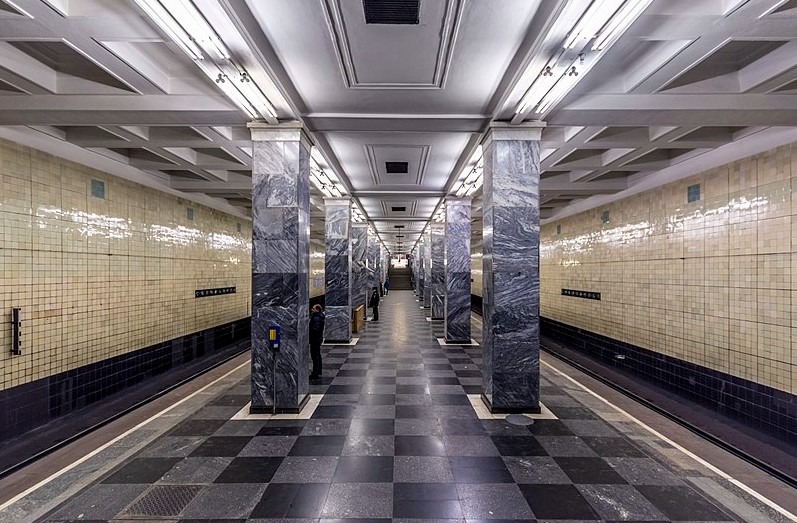 Moscow Metro continued to reach more destinations with the completion of its second stage in 1938. The first metro bridge in the country’s history, the Smolensky metro bridge, was opened during this phase. More stations in the Gorkovsky and Arbatsko-Pokrovskaya line started to cater to commuters as well.

The motto of the Moscow Metro project was “Create A Palace for the People!” With that, the metro station’s architecture was given much importance, and each made to be masterpieces. For instance, the Mayakovskaya station, which opened as part of the second state, displays remarkable pre-war Stalinist design, characterized by magnificent column styles, intersection vault spaces, anchored by incredible porticos. Murals also were scattered on the stations’ ceiling, giving a glimpse of life in the Soviet Union.  There are so many different types of ceilings as well to explore and look at. 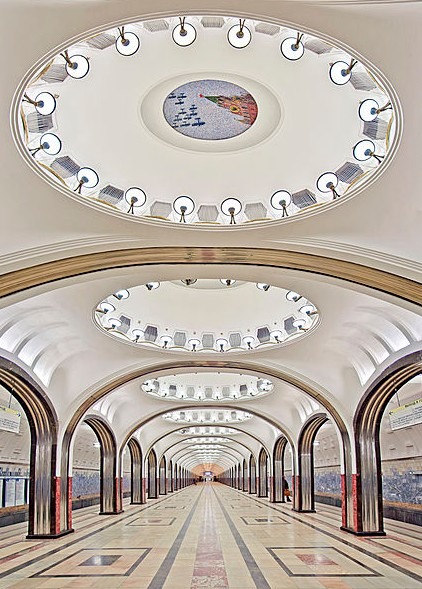 During the Second World War, the Moscow Metro served a different purpose, acting as a bomb shelter that protected about half a million people from airstrikes. Life in the tunnels soon became common for them, with libraries, stores, and even barbers operating in the stations. However, the rail system was put to the brink of oblivion after an order came out to install bombs and flood certain parts of the metro. Fortunately, the command was retracted.

Not long enough, the construction of the Moscow Metro’s third line and additional stations pushed despite the ongoing martial law. The new infrastructures were built under Neoclassical style, and expensive construction materials from different parts of the USSR were used, serving as a commemorative token of Russian life during the Great Patriotic War. 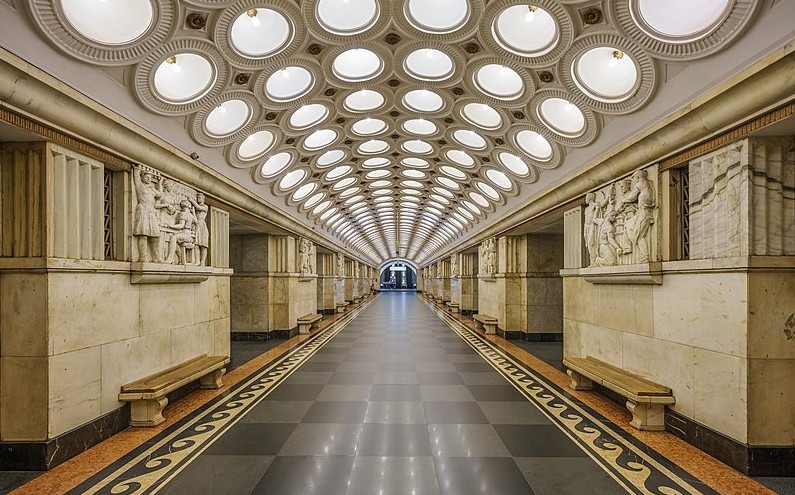 After the end of World War, Moscow Metro’s fourth stage of construction began. The Stalin Empire style became renowned and was used in the stations built during this phase. Various murals, sculptures, and lighting graced the stations, all of which boast their distinctiveness. However, in 1955, the government decided to eliminate the grandeur in buildings and designs to reduce costs and get a more utilitarian mindset. With that, additional stations used standard designs, making them look plainer than other stages, which were treated with effort and reflected huge parts of the country’s history. 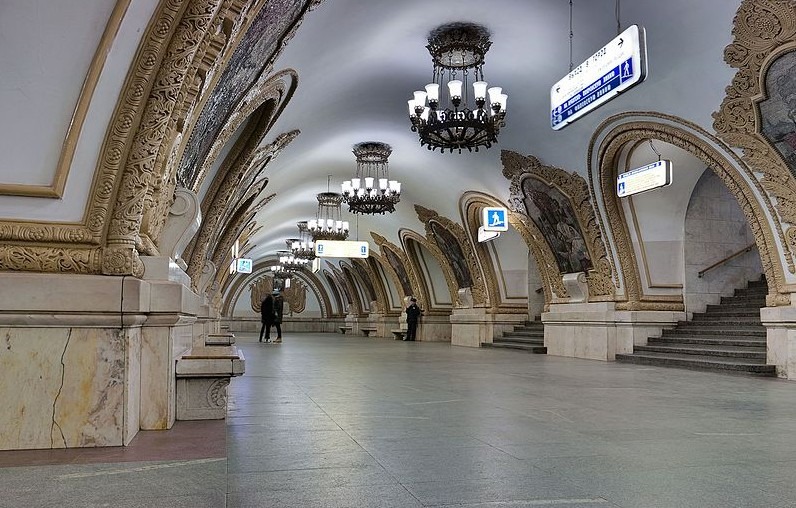 It was not long enough when the construction of new stations abandoned the simplistic styles. During the 1960s, glass entrance halls started to be used in new stations. Moreover, longer stations with two lines and 40 columns were also built and called “centipede stations.” Moscow Metro continued to expand, having an additional 31 new stations from in the 1960s.

In the 1970s, Moscow Metro’s not only stretched but solved slits within the rail system. 30 new stations were built to breach the gaps, but as with other eras, a new design approach was implemented. During this time, standard stations were given with a modern twist, and the return of more stunning visual design can be seen again in the Moscow Metro. Each station had its individual approach. A prime example is the Aviamotornaya station that sported an aviation and flying design, characterized by a splendid light display and Icarus’ sculpture. 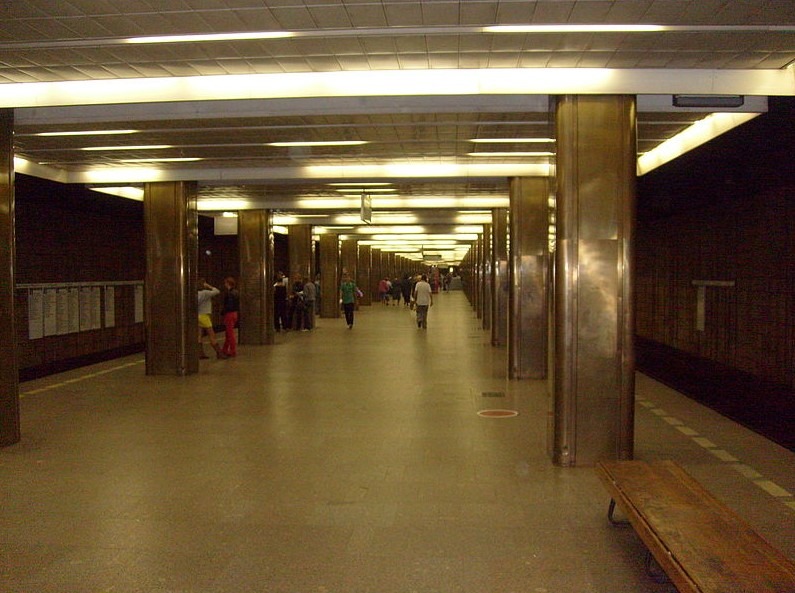 In the 1990s, as the world geared towards the modern era, luxurious designs were again retracted, emphasizing functionality. But, this has not prevented some new stations from reflecting old styles and incorporating them in their identity. A total of 19 stations were built during this era.

In the 2000s, lines started to reach the suburbs, catering to more passenger traffic. Furthermore, new styles were adopted. Some of the most renowned are the Park Pobedy, Annino, Volokolamskaya, and Slavyansky Bulvar, which are among the 21 new stations built in the period. Adding the construction of the monorail, the Moscow Metro also received six more stations. 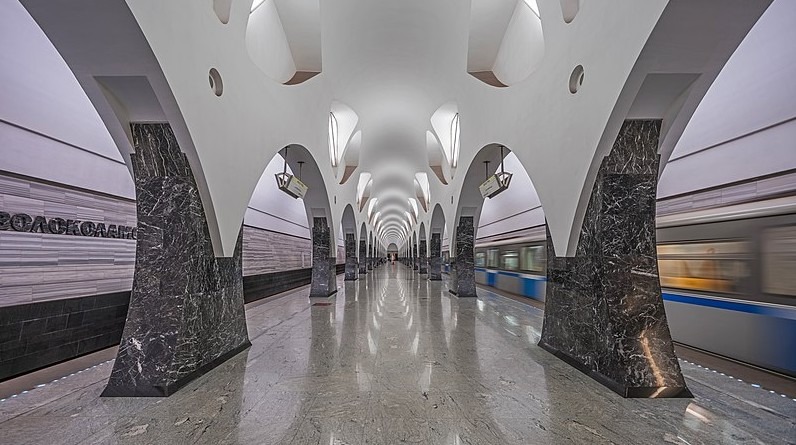 Today, Moscow Metro is ceaseless in its expansion, reaching even the more remote areas and making daily travel of Muscovites incredibly easier. But this time, new stations are shifting towards international influence and adoption of designs from renowned rail stations, such as New York’s Penn station and London’s Waterloo station.

The said move is no surprise as the Moscow Metro needs to adapt and use global approaches and cutting-edge designs to remain efficient and productive, as one of the world’s most active rail systems. Nevertheless, the appeals of the pre-modern architecture, murals, columns, and sculptures that reflected the country’s history will still hold a prominent place in keeping its identity.