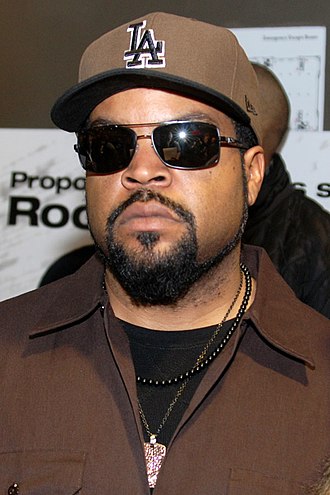 The genre of American Rap Music comes on the top list among all music types. The emergence of new talented rappers every day helps the industry to grow. Wiz Khalifa, Snoop Dog and Eminem are considered as leading rappers of the American Rapping Music Industry. O’Shea Jackson famous for his stage name “Ice Cube” is also among the top rappers of the industry.

Who is Ice Cube?

Ice Cube, who is an American rapper and actor, launched his first single album in 1990. At the outset of his career, he did not do much well, and therefore he decided to become a part of an American hip hop group ” Niggaz With Attitude” better known as N.W.A, to try out his luck. Through the group Ice Cube got much fame and recognition which led him to get good offers in the industry.  Ice Cube is now regarded as a leading rapper, and a phenomenal television and movie star. His music mostly revolves around sensitive and unconventional subjects such as sex, drugs, and violence etc. The once famous rapper is now famous for his career in the film industry. 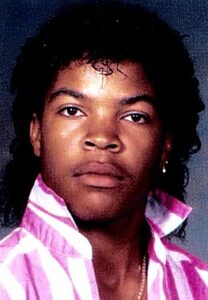 O’ Shea Jackson was born in 1969 in the Baldwin Hills District of Los Angeles, United States. He was a son  of a hospital clerk and a groundskeeper at the University of California. He had a step sister who was murdered by her boyfriend. He had a strict father who was very particular about his son’s school and the company he had. Cube told that the story behind his stage name is that his brother, Clyde, threatened him to put him in the freezer till he became an actual Ice Cube. The singer had very traumatic and emotionally challenged youth.

From an early stage, Cube got inclined towards hip hop music, and he also composed music and produced lyrics. His first ever song was ” The Boyz n The Hood” which he performed at his high school. Later on, he sold his song to the company Ruthless Records and the rapper Eazy-E. This was a big achievement for him. He later became a member of the group “Niggaz with Attitudes” whose members were Dr. Dre, and DJ Yella and Eazy-E. “Boyz in Hood”, “Fuck the police” and “No Vaseline”.

These famous raps and songs were performed by N.W.A at the time when Ice Cube was its member. In 1988, a single, ” Straight outta Compton “, was launched by the group that included some big hit raps by Ice Cube. Among the thirteen authentic tracks, nine music tracks were fully or partially written by Ice Cube. He performed six of these which became big hits and got a positive response from critics. After the launch of two songs in 1988, Cube left to pursue his degree in architectural drafting at the Phoenix Institute of Technology. He returned back knowing that he did not need a degree for life.

Although N.W.A was rising as a band and was earning a good amount of money, Cube felt that he was not being paid the right amount for his work. Since most of the fame gained to N.W.A was due to Ice Cube, he felt that he needed better royalties and a higher income as well. However, Cube felt disheartened from the group manager, Jerry Heller.  According to Cube, Jerry Heller should have paid him more as he was doing an exceptional job for the group.

However, Jerry Heller underpaid him in light of his efforts and songs. In the year 1989, the issue was still not resolved which convinced Cube to leave the group. Although many group members tried to convince Cube but he was not interested anymore. The matter of payments to Cube was resolved just one year later in 1990 but by that time he had already left the band and started off with his solo career.  He still remains in touch with his group members of N.W.A.  Lately, in 2016, Cube and his counterparts of N.W.A collaborated with the group named “Rock and Hall of Fame”.

Cube’s solo career began in 1990 and he released his new album named AmeriKKKa’s, Most Wanted, in the very same year. Much of Cube’s solo work represented socio-political issues as well as cultural problems being faced by the black people around the globe. This is one reason why he got famous and controversial at the same time because the topics of his songs were highly sensitive.

The song No Vaseline was released in response to N.W.A and his former group members who called him a Benedict Arnold. He addressed his group members as the seller of their souls to the manager of the group. Following the release of this song, there was no further response by N.W.A to Ice Cube. Another controversial song in his career was Black Korea which reflected how Koreans had a hostile attitude towards the black people. This song was considered as a response to the killing of a young black girl by a Korean Store owner. He made big hits during his solo career by collaborating with different groups.

It was the turning point of his career when he tried his luck in the film and Television industry. He has acted in more than thirty films among which the top ones are “Boyz N Hood”, The Friday Series, The Barbershop Series, 21 Jump Street, and 22 Jump Street. He also wrote scripts for some of his films. He performed in a television adaptation named  “Are we There Yet” and was also its executive producer. Cube has worked with well-known Hollywood stars such as Jennifer Lopez, Vin Diesel , and Bernie Mac etc. The film industry gained Cube a much higher fame than he was getting in rapping.

Even till date, Ice Cube is considered as a leading rapper of the American Rap Music industry and he greatly inspires black community. Despite facing a lot of challenges in his professional and personal life he is still successful in his career.