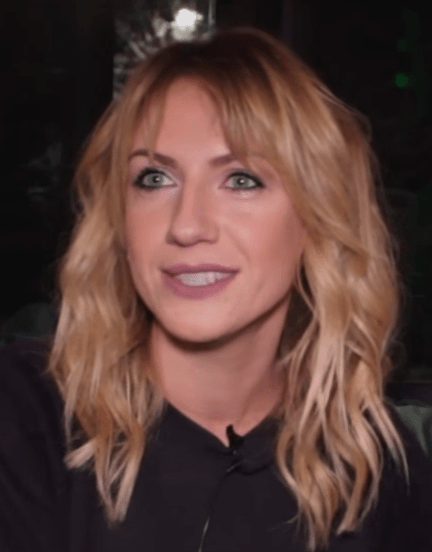 Television is an incredible educational tool, providing us knowledge about many aspects of life, from the current affairs, travel, discovery, cooking shows, drama series, sitcoms, and children programs. It has become a staple in our lives and is continuing to serve as a vital source of information and entertainment. Yet, we would not reap all these benefits without the fascinating individuals, brimming with talent and vigor, delivering us quality shows on television. Lesia Nikityuk is one of the most famous personalities and TV presenters in Ukraine, Russia, and many other countries, that allowed people to see the world through television.

Lesia Nikityuk is a renowned TV presenter, born on October 19, 1987, hailing from Khmelnytsky, Ukraine. Her father is Ivan Ivanovich Nikitiuk, and mother Kateryna Petrivna Nikitiuk, both workers from Ukrelectroapparat, an industrial enterprise. Nikityuk is not only popular in her homeland, but also traversed other countries, such as Russia, Poland, Kazakhstan, and Belarus. She traveled to various parts of the world, both well-known and unfamiliar areas where most people have never stepped before.

Lesia Nikityuk traces her roots in Khmelnytsky, Ukraine, a provincial town in the said country. Both of her mother and father worked at the Ukrelektroapparat industrial enterprise. Nevertheless, their free time did not lack creative work, with her mother playing the button accordion and participating in the choir. Meanwhile, her granny served as a famous toastmaster and speaker in many social events. Meanwhile, Lesia was interested in swimming and boasted incredible potential. However, after graduating from school, Lesia took a different path and aimed to be on the television screen.

Lesia Nikityuk took her first step in 2009 when she began performing in the “Curling Show,” along with her friend Olga Panasenko. The creative duo then took part became part of the “Rozsmishi Komika,” in 2011, wherein they were able to make many people laugh, later on earning about 250,000 rubles.

Another year later, Lesia became part of a travel program “Oryol i Reshka” from 2011 to 2013 and served as the co-host of Andrei Bednyakov, which was first handled by Zhanna Badoeva. While it was great up to her career, she claimed her relationship with Bednyakov was not stable, blaming her Ukrainian language and strong accent.

Nevertheless, Lesia went to different places and produced incredible stories with the TV shows’ creative team. But, it went for naught, as she was soon dropped from the show. It was said that the producers were disappointed when Lesia used around $30,000 in a single night at the casino, leading for her gold card as demanded by the show’s organizers.

It was not long enough when Lesia reappeared on the television screen through the TV program “Lesia-Zdiesya.” Through her artistic smarts, she started cementing her place as a notable TV presenter, asking guests insidious questions about anything under the sun without hesitation, such as what they eat, what is in their bag, or who they sleep with. While there are instances when her guests felt ridiculed, some celebrities even welcomed the idea to pay themselves for an opportunity to be in the show.

In 2015, she went back to “Oryol i Reshka,” and hosted the most ambitious season of the project, traveling worldwide, leading to colorful episodes, and setting a new record. Their creative team achieved the longest non-stop round-the-globe travel of any TV crew. A year later, she became the solo TV presenter for “Navkolo M” or “Around M,” who centered on finding the best men from different countries and evaluating their attitude towards tradition, marriage, and women.

In 2018, with her comedic antics, Lesia’s popularity catapulted even further, appearing on various shows such as the game show “Who is against the Blonde?,” an adaptation of the Beat the Blondes, a Dutch TV program, and another entertainment show, “The Battle of the Sexes.” Lesia’s brilliant work on television earned her various nominations, wherein she won two “Best TV Presenter of the Year Awards.”