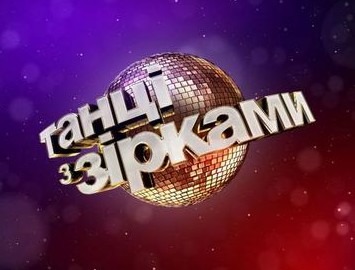 Over the past decades, competition shows changed the television landscape and became a popular form of entertainment for many viewers. From hidden camera shows, cooking shows, singing contests, and talent programs, all left their mark in the industry. While others may have brought the trend to the extreme, such as “Fear Factor” and “Survivor,” another form of competition remains a staple in television – dancing shows. A number of these dancing competition programs emerged through the years, combining the stunning art of dancing, celebrity glamor, and the thrill of witnessing the contestants’ journey towards winning the title.

Dancing With The Stars

Dancing With The Stars is one of those shows that enthralled TV viewers in the United States. This American dance premiered on the ABC channel on June 1, 2005. While phenomenal, the show is actually a franchise of UK’s dance competition show “Strictly Come Dancing,” and served as one of the versions of the British TV hit. It was soon adapted in many parts of the world, such as in Australia, Brazil, China, India, Indonesia, Israel, Japan, Lithuania, Portugal, South, and Ukraine.

“Tantsi z Zirkamy” is the Ukrainian version of “Dancing With The Stars,” which premiered on October 8, 2006, on 1+1 channel. Tina Karol and Yuriy Horbunov hosted its first season. It hooked millions of Ukrainian viewers, with its finale sharing registering a rating share of 54.64%, implying that over half of the TV viewers witnessed the first season’s finale. The duo of Volodymyr Zelensky, a comedian and actor now Ukraine’s President, and Olena Shoptenko, professional dancer, won the prize. 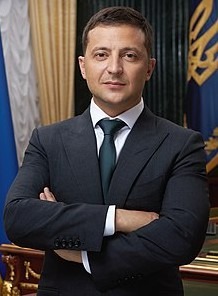 “Tantsi z Zirkamy” used the same format as the original franchise. Celebrities from various industries were paired with professional dancers. Each week, the duo learns a new dancing style, enhance their routine, and perform it on stage. All the pairs then compete with each other for the viewers and professional judges’ votes. A couple is eliminated weekly until the last three pairs remain and compete in the finals. What made everything more exciting is that it happens in live broadcast, allowing the audience to feel the intensity and influence the participants’ destiny in the show. 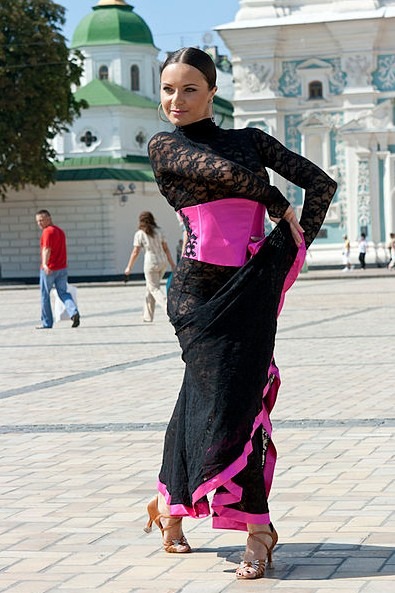 After the initial season being a massive hit, “Tantsi z Zirkamy” ran for another 7 seven seasons. Season 2 aired from March 10, 2007 to April 28, 2007, with gymnast Lilia Podkopayeva and her partner Serhiy Kostetskyi coveting the prize.

The show returned in the same year for its third season, airing from October 14, 2007 to December 2, 2007, where Polish actor Marcin Mroczek and partner Hanna Pelypenko emerged as the winners. Vlad Yama competed as a dancer in the first and third seasons before becoming a judge in the fifth season. 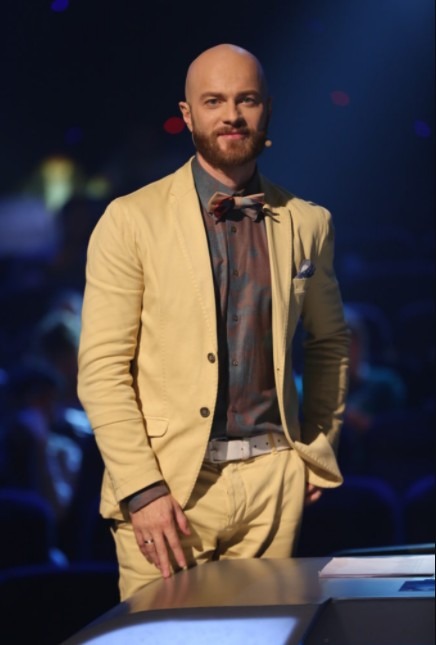 The dance show took a four-year break and went back on a different channel. From February 26, 2011 to May 28, 2011, “Tantsi z Zirkamy” aired on the STB channel. Stass Šurins and Olena Pul became the season’s winner.

After a six-year hiatus, the show went back to 1+1 channel on August 27, 2017 for its fifth. The season’s finale happened on October 29, 2017, with singer Natalia Mohylevska and Ihor Kuzmenko winning the prize. Three more seasons followed the return airing from 2017 to 2019.

“Tantsi z Zirkamy” proved to be a successful dancing program that enticed many viewers and added color to Ukrainian television. No wonder as the entertainment value of seeing stunning dance routines added with the drama of the competition hooks people further in its premise. It would not be surprising to see more of these shows in the coming years, making an impact on the television landscape, showcasing the art of dance while keeping fans more enthralled than ever.