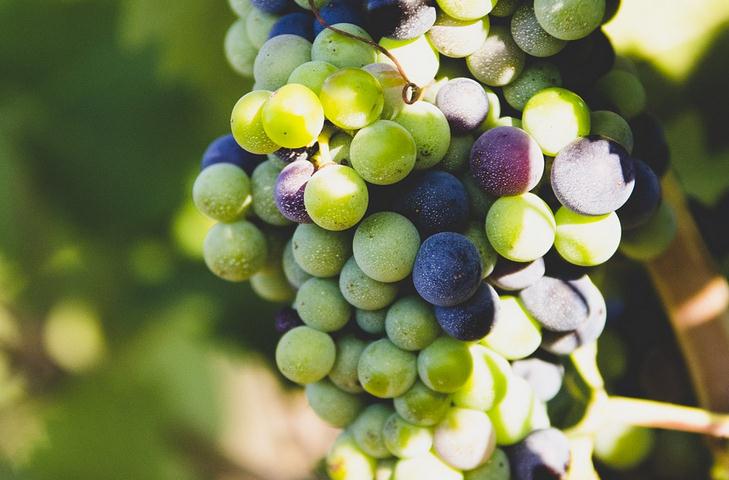 Italy is known for its heaping bowls of pasta, excellent pizza slices, and delectably light scoops of gelato. However, the country is also famed for the thousands of vineyards that can be found in many of its regions, producing hundreds of different types of wine, ranging from the strong Chianti Classico to the distinctive sparkling Franciacorta.

A tour of Italy’s vineyards and wineries is one of the most popular ways to enjoy the country’s trademark flavors as well as its breathtaking surroundings, and you can even learn how to serve wine like a sommelier!

Let’s take a look at Italy’s most famous wine regions, from Piedmont to Sicily, and the best wines produced there. But if you want to know some tips for throwing a great party, open the given link.

Tuscany is a sanctuary to some of Italy’s most beautiful vineyards, lush rolling hills, and the country’s most well-known wine, chianti. Italy’s oldest wine-producing region, with vines dating back to the 8th century BC, and its wines are frequently blends containing native Sangiovese grapes.

Sangiovese produces tannic, acidic wines ranging from earthy to fruity, depending on the local environment. Chianti is created with at least 80% Sangiovese, and the Chianti region encompasses a vast area of Tuscany, with numerous cities and villages producing the wine. Brunello di Montalcino, made entirely of Sangiovese grapes, is even more coveted, and it is one of the “Three Big B’s” of Italian wine, along with Barolo and Barbaresco.

Vernaccia di San Gimignano is the best white wine in Tuscany, manufactured from the Vernaccia grape, which has a crisp, lemony flavor. Of course, no discussion of Tuscany would be complete without mentioning the region’s most famous dessert: twice-baked cantucci (or biscotti) dunked in Vin Santo, a sweet wine made from Trebbiano and Malvasia grapes. 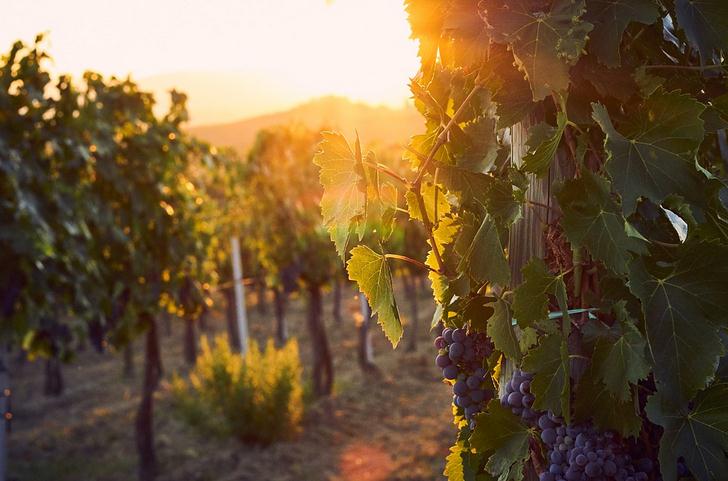 Sicily has favorable wine production conditions and has the most vineyards in Italy. It’s known for its sweet Marsala, a brandy-fortified wine that’s frequently used in cooking to make rich, caramel sauces, but it’s also a great sipping wine.

Zibibbo is a fragrant sweet wine made on the Sicilian island of Pantelleria. Instead of being fortified, the grapes are allowed to ripen naturally in the sun, giving them qualities similar to Marsala but with a lower alcohol content.

Nero d’Avola is the most widely consumed wine in Sicily. It’s a full-bodied red wine with a lot of acidity and a bunch of tannins. Milder wines created from grapes like Nerello, Frappato, and Catarratto are becoming increasingly produced from Mount Etna. 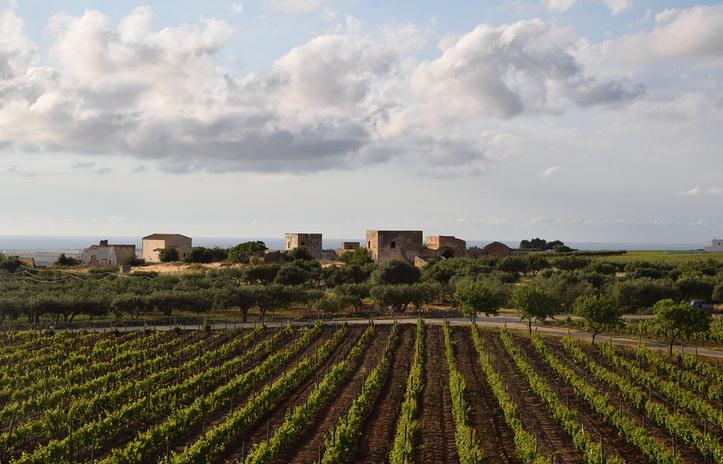 Barbaresco and Barolo are two of Italy’s most well-known red wines, produced in the northern Piedmont area. The region, located inside the Po River Valley, is bordered to the north by the icy Alps and is adjacent to the warm Mediterranean.

The environment produces a distinctive fog that helps in the ripening of the Nebbiolo grape, which is utilized in both of these wines. Nebbiolo yields light-colored red wines that are robust and tannic, as well as wines that age well and get richer over time. When aged, Barolo, dubbed “the King of Wines,” has a rich scent with hints of licorice, rose, and truffle and goes well with heavy cuisine like red meat.

Barbera and Dolcetto are two other popular grapes planted in Piedmont; both are classified as “everyday” wines that should be savored young and have mild tannins, making them more tasty and adaptable with food pairings. Barbera brings out wines with a rich, fruity flavor and a light texture, while Dolcetto has a good acidity and tannin balance. 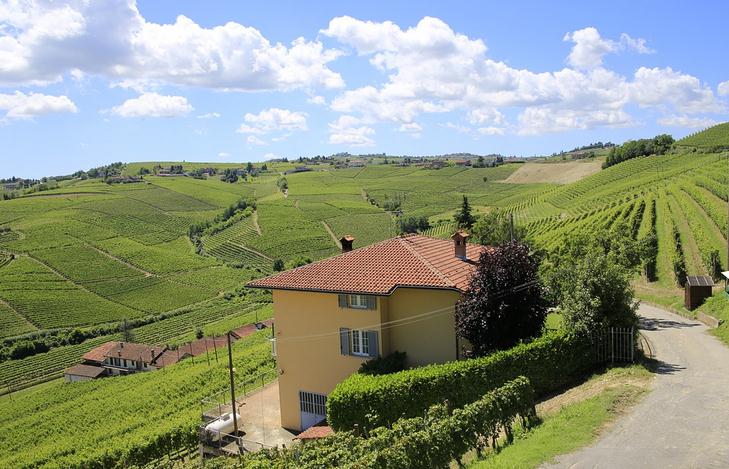 Northeastern Veneto is one of Italy’s most productive wine regions, best known for the sparkling Prosecco wine. This white wine is made primarily from Glera grapes, though other grape varieties can be incorporated in a small percentage north of Venice in the Valdobbiadene region. The cool climate near the Alps encourages the production of fresh, crisp white wines like Soave, which is made from Garganega grapes. Notable red wines such as Valpolicella, Amarone, and Bardolino are produced in the warmer areas near the Adriatic and Lake Garda. 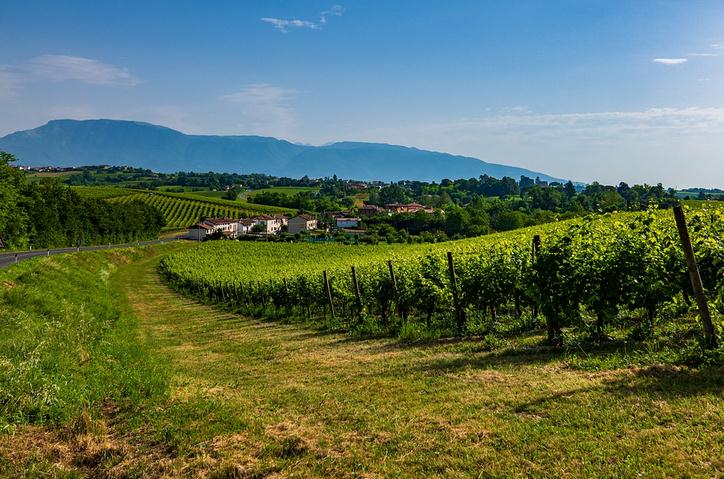 The vast, fertile Emilia-Romagna region, which covers nearly the whole length of central Italy from east to west, is one of the country’s oldest wine-producing regions. It produces Lambrusco, a sparkling red wine derived from the same-named grape that the Etruscans initially planted. It comes in various degrees of dryness vs. sweetness, and it frequently has significant acidity and berry notes. It’s interesting to know that it’s often far more refined than the ultra-sweet exported versions found elsewhere.

Lambrusco is a perfect complement for Emilia-rich Romagna’s dishes, such as fatty meats, creamy lasagna, and cheese tortellini, as it helps digest these foods. Malvasia, Trebbiano, Barbera, and Sangiovese are other popular varietals planted in the area. 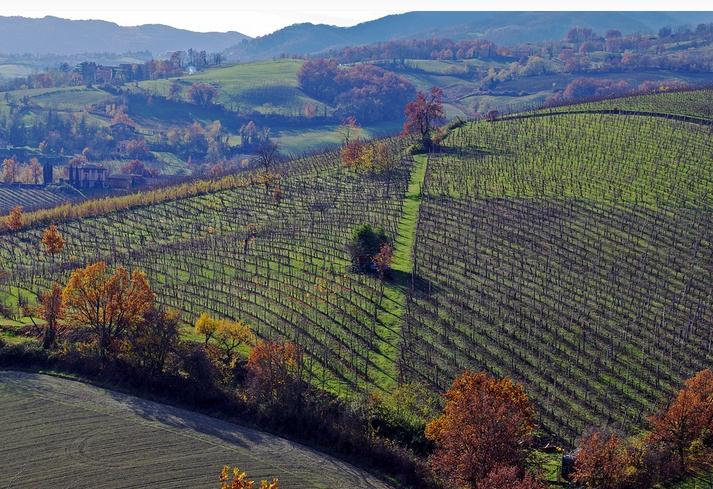 Italian wine has been produced for over 4,000 years, and the country’s climate is widely regarded as ideal for wine production (which is perfect for viticulture).

Wine had already formed a part of the Italian “daily” living when the Greeks first arrived in Southern Italy. So much so that the country was dubbed ‘Oenotria’ (which means ‘the land of wine’ in English). You can also read our post about how a slush machine can help you throw a successful party.

The cultivation of grapes and the manufacture of wine in Italy is a source of pride for the Italians. As a result, two-thirds of the country’s wine is classified as either DOP (39%) or IGP (30%). Both labels guarantee the authenticity and quality of a bottle of wine. However, there are a few minor differences:

DOP (Protected Designation of Origin) – This credential ensures that all products and processes are carried out within a specific area.

IGP (Protected Geographical Information) – this credential ensures that at least a portion of the products and manufacturing process originated in or occurred in the designated origin/region.

Italy has a large grape variety, with over 400 different grape varieties grown and used to produce the diverse range of wines it does today. Sangiovese, Trebbiano, Montepulciano is among the top three grapes in Italy.

Italy is serious about its wine: when you combine a lengthy history of winemaking (dating back to Greek colonization), a perfect climate, and over a million vineyards, it’s easy to see why Italy is the world’s leading wine producer. The country produces between 42 and 51 million hectolitres each year, accounting for nearly a quarter of global output. Italy’s vineyards have approximately 400 different grape kinds, and both red and white wines are produced.

5. Veneto The Heartland of Wine

Veneto is known for being Italy’s largest wine-producing area and for being home to one of the country’s most popular and romantic tourist destinations (Venice).

This region produced over 10,000 hectolitres of wine, much exceeding its nearest competitors.

Gastronomically, commercially, socially, and otherwise, wine is an inextricable aspect of Italian culture. It’s no surprise, therefore, that the country is a popular destination for wine enthusiasts looking to tour vineyards or sample some of the world’s most famous wines. Italy makes wine with passion, quality, and a profound understanding of the country’s history.

The Italians are some of the world’s best wine artisans, and while much of it is now mass-produced, there are still many unique experiences for you in the foothills. Meanwhile, if you are planning to visit Italy, read first our post about the best items to wear for a long flight.