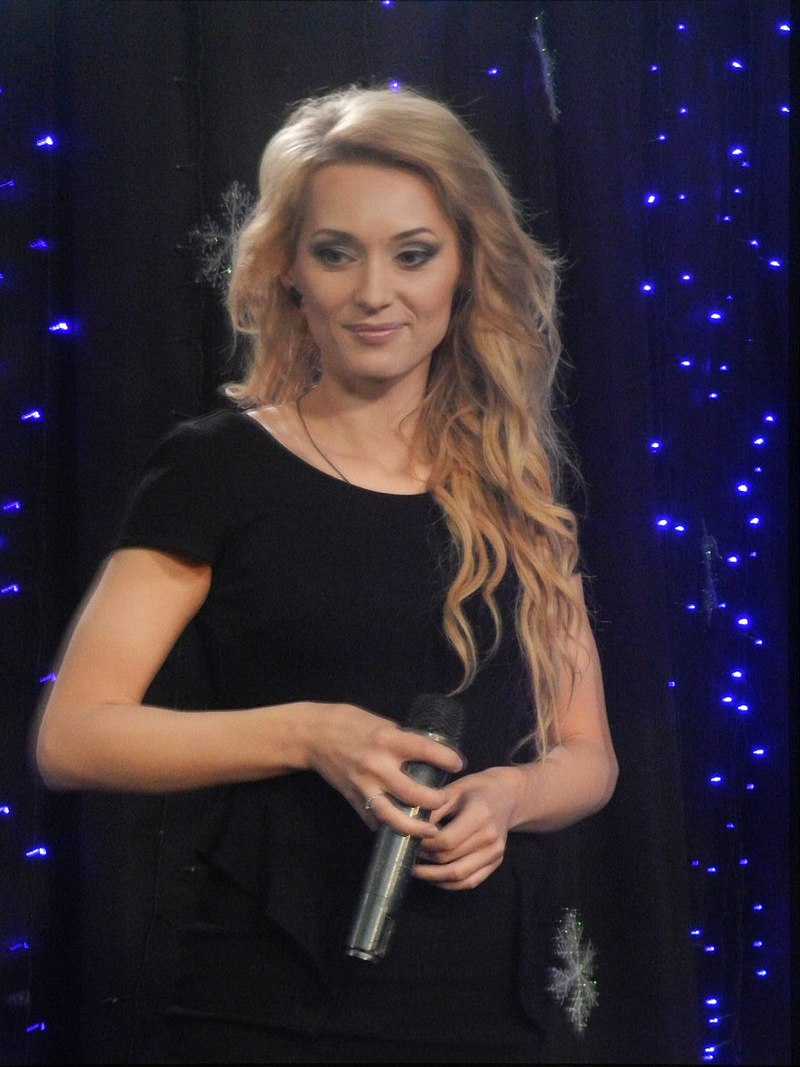 Aida Nikolaychuk is a 38-years-old Ukrainian pop singer and model. Born in 1982 in Odessa, Aida is a solo artist who won the X-Factor in 2013. She is 5 ft 3 in tall and has golden-brown hair and hazel eyes. She came to fame due to her performances with the X-Factor and then went on to successfully launch a career in music. In this article, we will cover her early life, her musical career, her relationships, and marital status.

On March 3, 1982, Aida was born in the Ukrainian city Odesa. Back then, Ukraine was still a part of the Soviet Union. She was born to Iryna Munika and Yurii Titaiev. Her mother was a seamstress, and her father was a computer technician. They had no affiliation with music or arts. However, Aida’s grandmother had a lovely voice and a love for singing. It is to her grandmother that Aida owes her singing career.

From a very young age, Aida had a natural affinity for singing and drawing. She was only in the first grade when she was selected as the soloist for her school choir. She continued singing in the school choir in fifth and eighth grades. Till 2002, she was a hip-hop backup singer for her school.

Aida went to design school and got a diploma. She changed quite a few jobs for several years. She was working as a cashier in a clothing store when she decided to audition for the X-Factor.

Aida’s ticket to fame was the hit television show the X-Factor. Though participation in the show eventually led her to success and popularity, it was not an easy ride. For auditioning for the show in 2011, she left her job as a cashier. When Aida performed in front of the X-Factor judges for the first time, they couldn’t believe their ears. Aida’s voice was so perfect and her singing so flawless, they thought she was either lip-syncing to a song or had some effect added to her voice.

She was stopped mid-singing and asked to sing the song acapella. When she continued to sing in the same melodious voice, the judges were completely won over. The video of Aida singing Lullaby was uploaded to YouTube, where it got a record number of views. Though Aida’s first performance before the judges had been a huge success, she soon dropped out of the show.

On January 5, 2013, she became the winner of the third season of X-Factor. This put her on the radar and brought further attention to her music and videos. She was interviewed and invited on the television to talk about her music. During this time, she had become a sensation on the internet. She signed a contract with Sony Music, and released her debut single, titled “On Your Planet,” and a music video in 2013.

In May of 2013, she held her first solo concert in Odessa, her hometown. In June, she was a visiting judge for Mini-Miss Ukraine. In September, she participated in the competition “Promotion,” which was conducted by Music Box, a Russian TV channel. Her entry for the competition was her debut music video, which made her the winner. In October 2013, she performed at Little Miss World in Bulgaria. Her second solo concert in Dnepropetrovsk was also in October 2013.

The song “On Your Planet” was part of her first album, “We Are Under One Sky,” which was released in December of 2013. In the next year, she ended her contract with Sony Music.

Aida was nominated for “Discovery of the Year” in the annual music award YUNA-2013. In the national survey “Favorites of Success – 2013,” Aida’s fans recognized her as Female Singer of the Year.

While Aida has had a very happening professional life, her personal life has been just as colorful and tumultuous. From Aida Nikolaychuk’s first marriage, there is a son, Maksim Nikolaychuk. Before she auditioned for the X-Factor in 2011, she had divorced Maksim’s father.

She started dating Nikita Podolsky in 2014, and after two years of dating, married him in 2016. At the time of the marriage, Aida was 34 years old, while Nikita was 22 years old. From the age difference of twelve years between the couple to the simple wedding ceremony they had, the marriage was based on love and challenged stereotypes. Moreover, Aida did not change her last name after the wedding as it had become a brand by then. Aida and Nikita together raised Maksim Nikolaychuk, Aida’s son from her previous marriage.

The marriage was based on mutual love, with Aida and Nikita being quite vocal about their feelings for each other. Nikita Podolsky called Aida his soulmate, while Aida said that both of them were wholly devoted to each other. However, like before, Aida Nikolaychuk’s marriage was again unsuccessful. In 2018, after two years of married life, the couple separated. As of now, Aida Nikolaychuk is single.

After separating from Nikita, Aida dramatically changed the way she looked and how she shared her life on social media, especially Instagram, where the singer has 44.9K followers.

Aida Nikolaychuk is a heartthrob of Ukraine, and increasingly, of international audiences. She came from a humble background and had been singing for a major part of her life when discovered through X-Factor. She was subsequently able to establish a stable career in music. Aida performs in concerts all over Ukraine and makes money through singing, concert tickets, and royalties from her album. Having separated from her second husband in 2018, she is currently single.