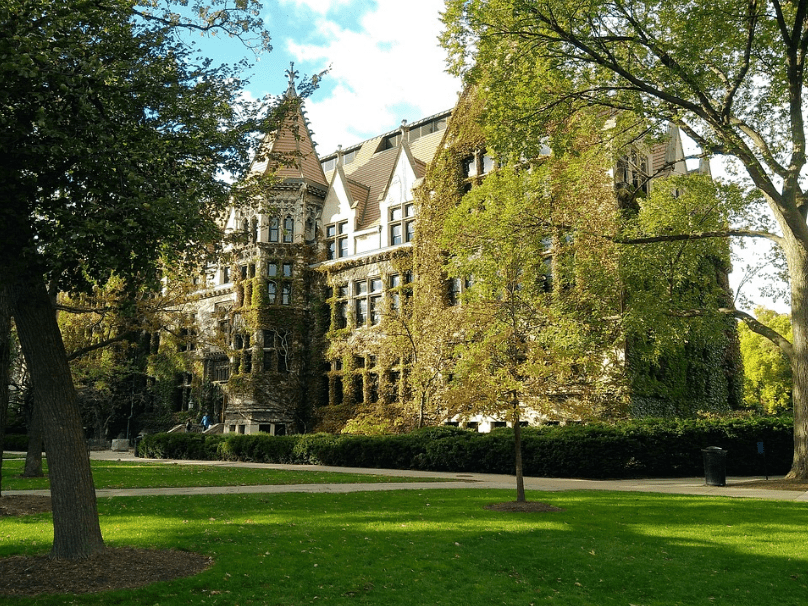 The University of Chicago, a private university in Chicago, Illinois is having a history back in the 1800s. The main campus of The University of Chicago is located in Chicago’s Hyde Park neighborhood. It is a private research university and ranked among the top universities in the world in majoring education publications. The university is having one undergraduate college and five graduate research divisions. It contains all of the graduate programs and interdisciplinary committees.

History of The University of Chicago 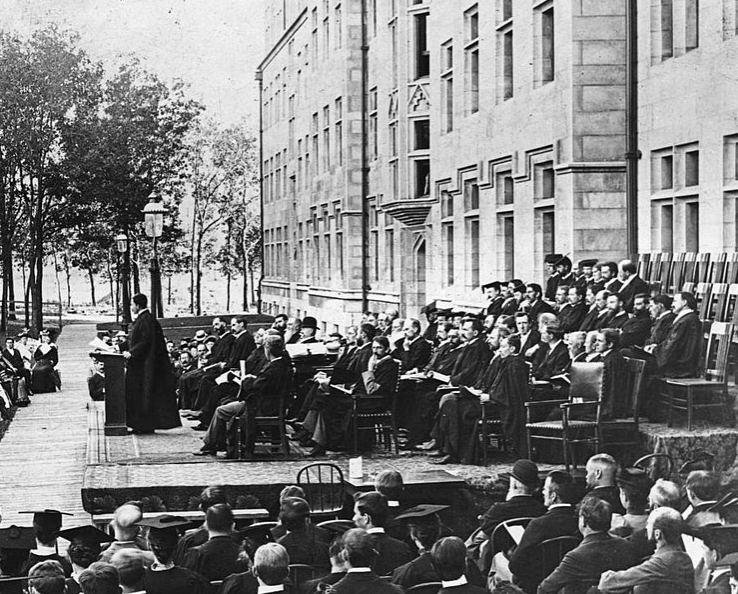 The University of Chicago was incorporated as a coeducation institution by the American Baptist Education Society in 1890. It was established using $400,000 donated to ABES to match a $600,000 donation from Baptist oil magnate and philanthropist John D. Rockefeller. The land was donated by Marshall Field. The donations by Rockefeller were used for long-term endowment and academic operations.

The Hyde Park campus was financed through donations done by wealthy Chicagoans such as Silas B. Cobb. These were the first funds that were used for the first building of the campus. It was named Cobb Lecture Hall. Other than this, Charles L. Hutchinson, Adolphus Clay Bartlett, Martin A. Ryerson, and Leon Mandel funded the construction of the assembly hall and gymnasium.

The first president of The University of Chicago was William Rainey Harper, who was elected on July 1, 1891. The Hyde Park Campus was opened for classes on October 1, 1892. Harper had been working on building up the faculty, which in two years was 120. Out of 120, 8 were the former university or college presidents.

University’s fifth president was elected named Robert Maynard Hutchins. Hutchins was a 30-year-old legal philosophy scholar. During his 24-year tenure, the university underwent a lot of changes. He reformed the undergraduate college’s liberal and arts curriculum, also known as, Common Core. He organized the university’s graduate work into 4 divisions. To emphasize academics over athletics, he eliminated varsity football from the university.

In 1933, Hutchins proposed that the University of Chicago and Northwestern University should be merged into a single university. But it was a failed proposal. University’s Metallurgical Laboratory played an important role during World War II and made contributions to the Manhattan Project. It provided the first isolation of plutonium and the creation of the first artificial and self-sustained nuclear reaction. It was done in 1942 by Enrico Fermi.

In the 1950s, the acceptance rate fell due to the increase in poverty and crime in the Hyde Park neighborhood. During this period, Shimer College and 10 others adopted an early entrant program that allowed the young students to attend the college. The students enrolled in Shimer College were automatically transferred to the University of Chicago.

At the beginning of 1962, Bernie Sanders helped to lead a 15-day sit-in at the college’s administration building when the share of students escalated. It was done to protest the off-campus rental policies. Later on, it was solved by a university committee in 1967. Kalven Report was issued. It was a 2-page statement representing the university’s policies regarding social and political actions.

In 1969, more than 400 students were anxious and angry about the dismissal of Marlene Dixon, who was a popular professor. Students occupied the administration building for two weeks. When it was settled, Dixon turned down a 1-year reappointment, 81 students were suspended and 42 were expelled.

In 1999, President Hugo Sonnenschein relaxed the university’s famed core curriculum. The required courses were reduced from 21 to 15. It became one of the major focuses of the national education debate when The New York Times, The Economist highlighted this story. The changes of the reduction in the course were implemented but it played an important role to make Sonnenschein resign in 2000.

In the mid-2000s, several multimillion-dollar expansion projects were in operation. In 2008, the University of Chicago announced the establishment of Milton Friedman Institute to attract both support and controversy from students and faculty members. During the same year, David G. Booth, an investor, donated $300 million for Booth School of Business. It was the largest donation or gift in the university’s history.

The major construction projects were started in 2011. It included Jules and Gwen Knapp Center for Biomedical Discovery. It was a ten-story medical research center along with other additions on the campus. A public phase of a $4.5 billion fundraising campaign was launched by the university in 2014. As a result, the university received $100 million in 2015 from The Pearson Family Foundation.

It was done to establish The Pearson Institute for the Study and Resolution of Global Conflicts and The Pearson Global Forum. All was done at the Harris School of Public Policy Studies. In 2019, the University of Chicago completed its first school in three decades and it was named Pritzker School of Molecular Engineering.

Amazing Facts About History of The University OF Chicago 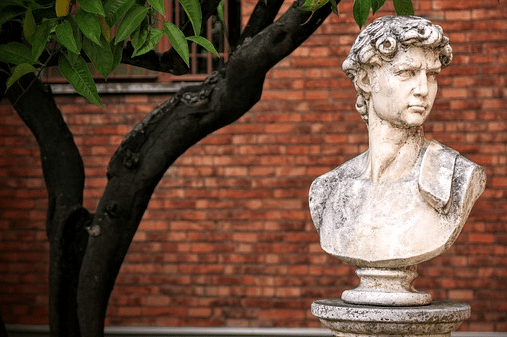 University was established for academic purposes. It was for the people of different backgrounds that had an opportunity to learn and educate themselves without discrimination. The first president of the university, William Rainey Harper envisioned it as Bran Splinter New. It meant that it was as ancient as hills but a modern research university combing English and German-style graduate research institute.

The architect of the university was modeled after the English Gothic architectural style with towers, cloisters, spires, and grotesques. Harper declared a tradition of Complete Freedom of Speech on all Subjects. Maroon became the official color of the University in 1894. The Maroons was then the nickname. In 1910, the Latin motto which translated in English was to Let knowledge grow from more to more and so be human life enriched, was set as the university’s motto.

The first Nobel laureate from the University of Chicago was Albert A. Michelson. In 1907, he got the Nobel Prize for his research on breakthrough advancements in measuring the speed of light. Later on, many of the faculty, scholars, students, and alumni got higher international honors.

The University of Chicago is having a vast history since it was established. The main purpose of the university was to research in different fields and to give freedom of speech. It was driven by a singular focus and it is still being recognized as a distinctive flow.