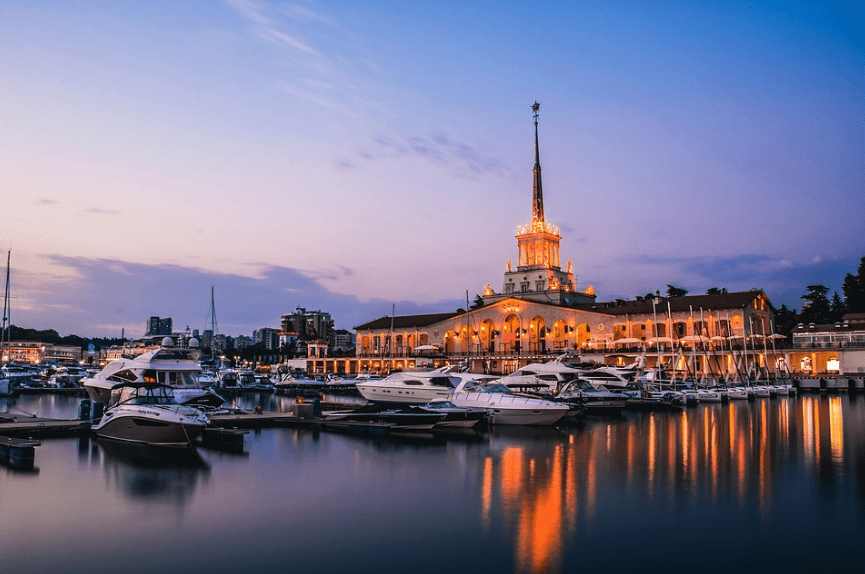 Most people think of Russia as an extremely cold country that is full of bears and people drinking vodka almost everywhere. While vodka and bears are really abundant in the country, there are much more that Russia offers to locals and tourists that make it a very interesting country to travel to and explore. If you are quite curious about what you will see in Russia once you decide to take a vacation there, there are some interesting facts that we are providing you in this article that will surely expand your perspective in the said country. So, without wasting any more time, here are several fascinating things you don’t know about Russia.

The coldest inhabited settlement in the world is located in Russia, particularly in a town called Oymyakon. This town is located to the northeast of Russia near the Indigirka River. Because of the location of the town, it frequently snows there during the spring and fall, but surprisingly, it rarely snows during the summer and winter. On the coldest day in the town, the temperature can go down to -55 degrees Celsius, which prompts schools to close since people, especially kids, may have a hard time walking around the town due to the extreme cold.

The Longest Railway in the World 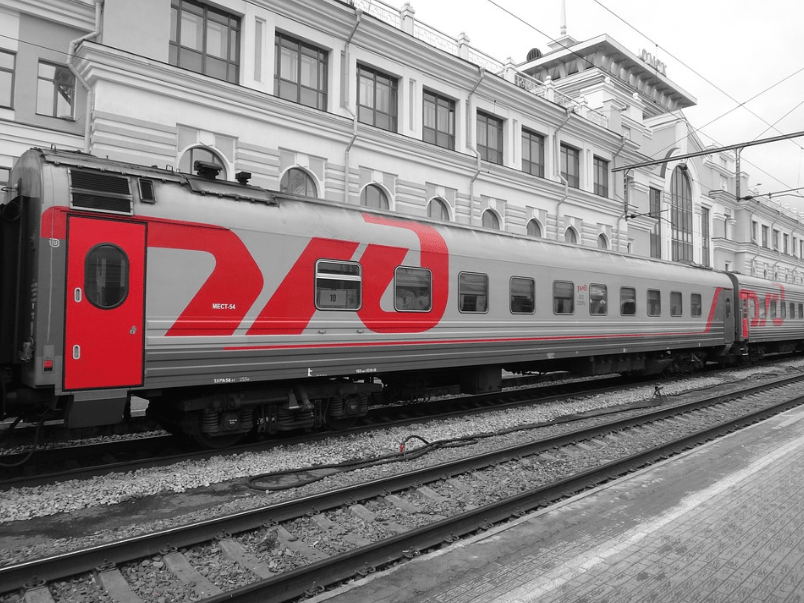 The Trans-Siberian Railway is considered the longest railroad in the world, as it measures a whopping 5,772 miles in length. Of course, if you have a country that is as big as Russia, you would also need a long railway system so that citizens will be able to go from one city to another with ease. The Trans-Siberian Railway started construction on March 9, 1891, and because of its length, it was only finished and opened on June 21, 1904. 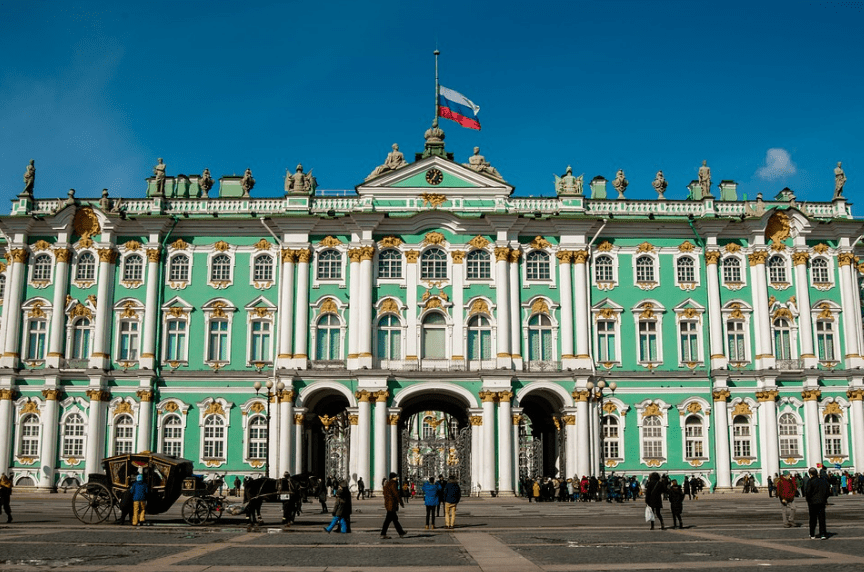 Russia is also home to the second-largest art museum, the State Hermitage Museum, also commonly called simply as “Hermitage.” The Hermitage is found in Saint Petersburg, one of the most beautiful tourist spots in Russia, which is why many tourists would often visit the Hermitage Museum first before going to other places since Saint Petersburg is already such a popular destination. Besides its size, another interesting fact about the Hermitage is that there are plenty of cats that are living within the building. These cats are often used to protect artworks against rats that could often eat away at the precious museum items. Moreover, the cats are also official employees of the Hermitage, as they each have a personal passport or employee ID.

The Siege of Leningrad

Before the home of the Hermitage Museum was called Saint Petersburg, it was first called Leningrad, and this city experienced the most brutal and violent battle during World War II. The Siege of Leningrad is a battle between the Soviet Union and Germany (with the help of allies Finland and Italy) that lasted for more than two years, thus becoming one of the longest battles in human history. Because of the duration of the battle, both forces suffered significant losses, and many civilians died in the siege mainly due to Germany intentionally cutting the food and water supply of all Russians inhabiting the area, including soldiers and innocent people. It was reported that Russia lost more than 1 million men and women in the gruesome battle.

The Invention of Tetris 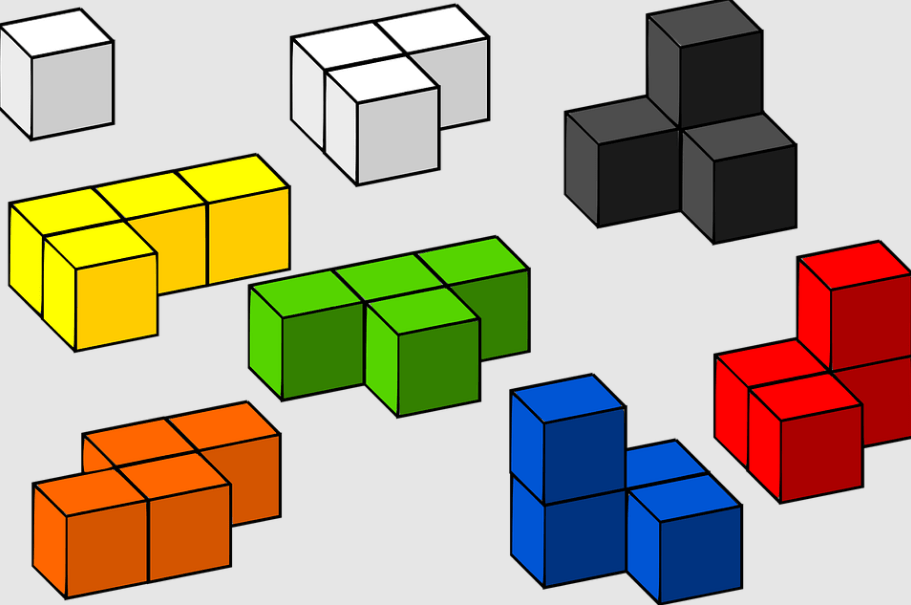 While Tetris is very popular in the United States and other countries, the game was actually invented in Russia by a software engineer named Alexey Pajitnov in 1984. The popularity of Tetris skyrocketed when the rights for the game were claimed by Nintendo in the late 1980s. After many years of being owned by Nintendo, the rights for Tetris were given back to Pajitnov in 1996. Pajitnov would later co-found The Tetris Company with Henk Rogers, who is the one that is responsible for securing the rights of Tetris for Pajitnov. Today, Tetris remains a global phenomenon, and competitions for the best Tetris players are still being held annually.

The Russian City with a Subtropical Climate

Russia is not just a cold location, as there are several spots in the country that actually have relatively warm weather. One of the cities that experiences subtropical weather in the country is Sochi, a resort city that is located in Southern Russia and along the Black Sea. During the summer, Sochi experiences warm temperatures that are similar to what is felt in Cannes, as Sochi is found in the same latitude as the French city. However, during the winter, Sochi has cold weather wherein snow is abundant, much like other parts of Russia. 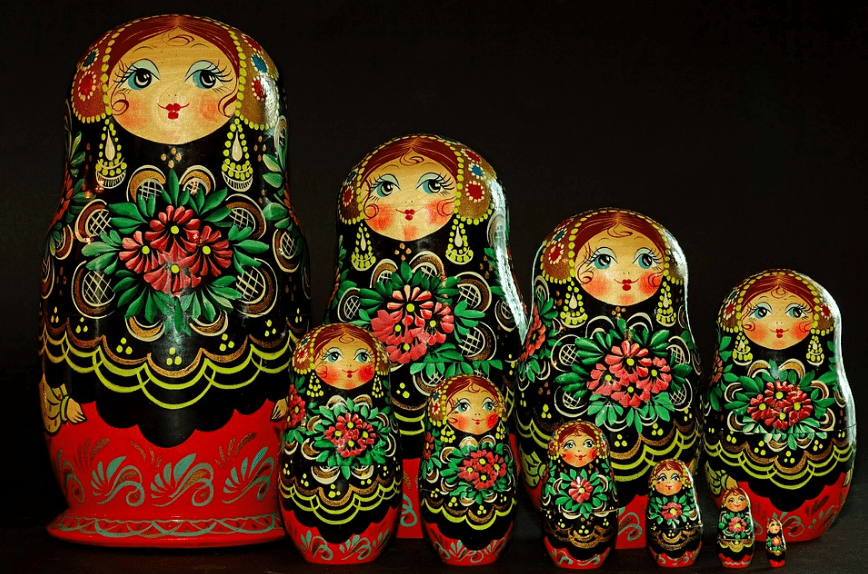 The matryoshka dolls are popular toys in Russia that are often played by kids and displayed by adults. What’s interesting about matryoshka dolls is their construction, as the biggest doll can hide dolls that are much smaller than it, so you can stack dolls by putting them inside bigger ones. While it is widely known that crafts painter Sergey Malyutin created the first set of matryoshka dolls in 1890, it is still unknown where Malyutin got the inspiration to make the toys. Many Russian historians believed that Malyutin got the idea for the dolls when he was given a Japanese daruma doll, a peculiar toy that is hollow, round, red in color, and has the face of an angry person with a beard.

These are seven interesting things that you should know about Russia and its history, culture, locations, and popular inventions. If ever you are going to Russia, you should visit some of the areas mentioned in this article and book a hotel room nearby to have the best experience in traveling around the country.